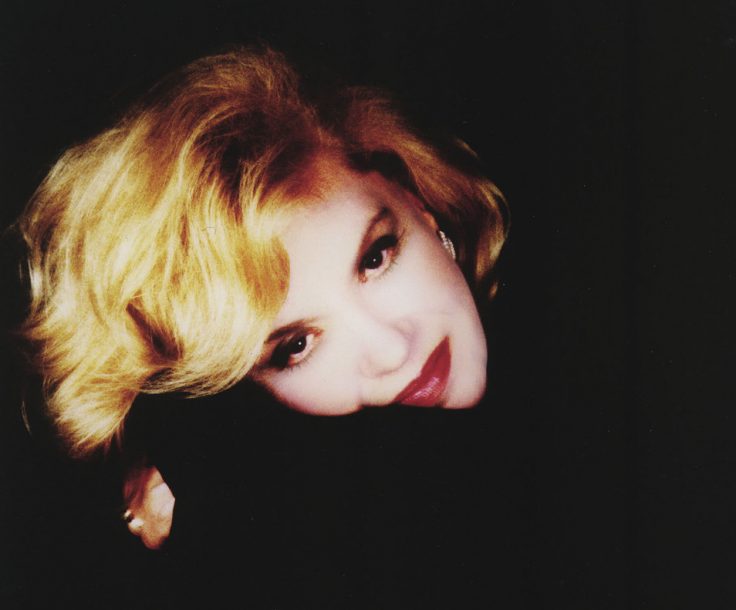 True story: Back in the early ’90s when New York City’s Fat Tuesday’s was still going strong on Third Ave., a pal of mine and I dropped by one Tuesday night hoping to catch Helen Merrill’s second show. Apart from a trio of Japanese businessmen, the room was empty. Helen was at the bar. Five minutes before the set was scheduled to commence, the businessmen departed. Helen headed for our table, presumably, I thought, to tell us she wasn’t about to play to a room with a total of two patrons. Instead, she was the very definition of grace, rather giddily suggesting that since the evening had turned into a private concert, she should sing whatever we’d like to hear. And, indeed she did, filling 45 minutes with all our requests then joining us for a drink and some wistful reminiscences about days when her club dates were strictly SRO.

Another true story: a few weeks ago, a pricey import CD I’d ordered of Helen Merrill Sings the Beatles, recorded in 1970 in Tokyo, arrived on my doorstep within minutes of a review copy of Merrill’s latest, Lilac Wine (Sunnyside)-a timely reminder, I thought, that Merrill, who started on Mercury in the mid-’50s and sounded better than ever as she navigated the Lennon-McCartney songbook a decade-and-a-half later, is still going strong at age 74. Though time, travel and the occasional tumbler of scotch have all taken their toll on Merrill’s hauntingly ethereal whisper, she’s a vigorous trooper who’s long been deserving of wider recognition in her homeland. (In Japan, where she’s lived for long stretches and did much of her mid- and late-career recording, she’s properly appreciated for the superlative artist she is.)

Like just about every album she’s delivered throughout the past quarter-century, Lilac Wine reflects the Cool School grad’s multinational dexterousness, extending from hypnotic readings of “Something I Dreamed Last Night” and the Johnny Mathis anthem “Wild Is the Wind” to Ivan Lins’ “The Island,” Elvis’ “Love Me Tender,” the rare Burton Lane-Alan Jay Lerner treasure “One More Walk Around the Garden” and the jaunty “Pierre” from Merrill’s favorite French songwriter, the first-name-only Barbara. She also pairs with her guitarist son Alan for a rather otherworldly spin through “You.” Most intriguing, though, is the one track on which Merrill doesn’t sing. The instrumental “Portrait of Helen Merrill,” written by Marian McPartland, is a multishaded homage that, simultaneously delicate and robust, dark and bright, seems a fitting salute to Merrill’s circuitous, half-century musical journey.