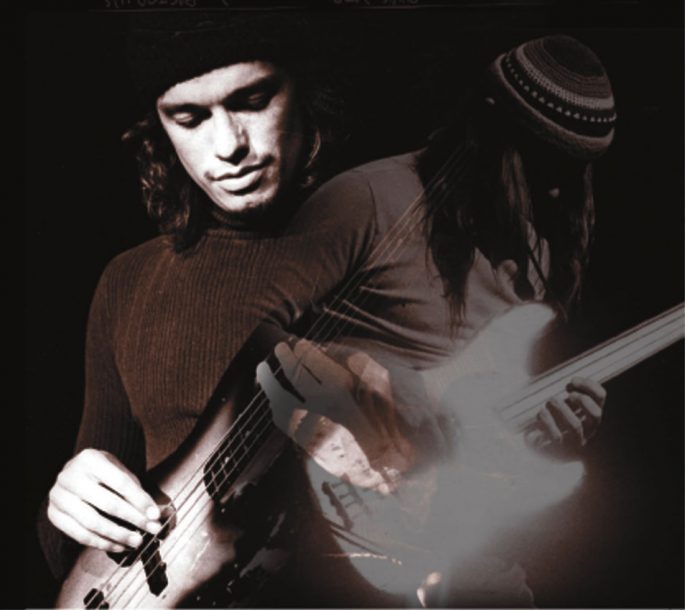 To Yellowjackets bassist Jimmy Haslip, he was the Galileo of bass. To Marcus Miller, he was the Willie Mays of the electric bass. To Victor Bailey, who had the impossible task of following him in the Weather Report lineup, he was both friend and mentor. Fellow bassists Gerald Veasley, Victor Wooten, Christian McBride and Richard Bona also readily acknowledge the towering influence of Jaco Pastorius.

All of these renowned bassists came together to participate in an all-star recorded tribute to the late bass hero. And rather than a sheer chopsfest-the obvious way of paying tribute to someone who turned the bass world on its collective head with his revolutionary approach to the instrument-it turned out to be more of an homage to Pastorius’ remarkable depth as a composer and arranger, a side of the man’s genius that is often overshadowed by his flashy virtuosity and galvanizing showtime appeal.

As Peter Graves, Pastorius’ employer during his pre-Weather Report days from 1973 to 1975 at the Bachelors III nightclub in Fort Lauderdale, Fla. and later the musical director of Jaco’s post-Weather Report Word of Mouth big band, puts it, “I wanted to explore that compositional beauty that I think Jaco will be known for long after his bass chops have faded, if they ever do. I told him to his face many times, ‘That pencil of yours is gonna outlast your bass.’ His compositional ability and his arranging, his ability to cross-write and to do this off the top of his head just always blew me away.”

Using his own 12-piece Atlantean Driftwood Orchestra as the core group for this Word of Mouth Revisited recording, Graves conducted sessions held in the spring of 2003 at the Gallery studio in Miami. Arranger Larry Warrilow, Jaco’s right-hand man during the Word of Mouth big band years (1981-1984), was given the task of working up new orchestrations of Pastorius compositions from his self-titled 1976 solo debut (“Continuum,” “Opus Pocus” and “Forgotten Love”) and also from his early Weather Report years (“Havona,” “Punk Jazz,” “Teen Town,” “Barbary Coast”). A few of the charts that are played on this new tribute project (Pastorius’ arrangement of “Killing Me Softly” and his own “Domingo”) had been in Graves’ working book for 30 years, going back to a time when Jaco was a hungry 21-year-old looking for a gig. Tenor saxophonist Dan Bonsanti, another Pastorius colleague from the early years, contributed a stunning chart on “(Used to Be a) Cha Cha” from the ’76 solo debut, and Marcus Miller turned in an ultrafunky take on another Jaco original, which was dubbed “Punk Jazz Revisited.”

In a neat bit of studio trickery, Jaco himself appears on one track on Word of Mouth Revisited, playing the bass part on a Stan Webb arrangement of Herbie Hancock’s “Wiggle Waggle.” As Graves explains, “Jaco played a gig with us in the ’80s over on Sanibel Island in the Gulf of Mexico. We did a 24-track remote truck recording of that whole concert, and Jaco did the last hour of the show. So I’ve had those tapes all these years, and for this session I just extracted the bass part and we recorded the whole band around it, kind of like the Nat “King” Cole and Natalie Cole version of ‘Unforgettable.’

Another member of Jaco’s extended family, his nephew David Pastorius (the son of Jaco’s brother Rory Pastorius), also holds his own among the stellar cast of bassists who appear on this Heads Up release, playing on Warrilow’s new arrangement of “Opus Pocus.”

Says Heads Up executive Dave Love, who green-lighted Word of Mouth Revisited, “I guess the seeds of it actually came from Mike Hurzon, who coproduced it with Peter Graves. Mike went and saw Peter’s band when they had done one of their annual Jaco birthday concerts at the Hollywood Playhouse in Miami and was floored by it, then came to me and said, ‘You gotta hear this big band.’ So I flew to Miami and met with Peter and Mike, and as we were brainstorming I flashed on another project that I had wanted to do-multiple bass players playing songs associated with great bass players, which I wanted to call The Bass Ball. So when this big-band record presented itself I thought, ‘Here’s my opportunity to do my multiple bass thing I always wanted to do.'”

A trumpet player and arranger-composer who had played in bands that once opened for Jaco, Love says this Pastorius tribute project was a natural fit. “I always had an affinity for the bass. I’ve recorded Gerald Veasley’s last six records at Heads Up, and obviously from Heads Up’s being involved with Telarc I’ve also been associated with Marcus Miller and Ray Brown. So I’ve always loved bass, I’ve always been around great bass players and I’ve always loved Jaco’s music.”

Love is quick to point out that Word of Mouth Revisited is a Jaco Pastorius Inc.-sanctioned recording. “A lot of Jaco projects that have come out recently were not. But on this one we worked with the estate and they’ll reap the benefits of royalties and mechanicals as well.” It was JPI, in fact, that provided the eight snippets of Pastorius’ voice that break up the tracks. The estate also provided various rare photos of the bassist that appear throughout the rather striking Digipak. “I was very pleased with their participation and I was happy the way the recording came out,” Love adds. “It’s a true celebration of Jaco’s music. I think it’s my favorite record that I’ve ever released on Heads Up. The musicianship and the arrangements on there are incredible.”

Noticeably missing from the lineup of tunes are some of the more familiar and oft-recorded Pastorius big band compositions like “Liberty City” and “Three Views of a Secret”(which had previously appeared on the bassist’s Word of Mouth, Invitation and the posthumously released The Birthday Concert as well as on various Pastorius tribute recordings since his passing in 1987). As Graves explains, “I love ‘Three Views.’ It’s probably one of my all-time favorites forever. And same for ‘Liberty City.’ They’re two of the first pieces, along with ‘The Chicken,’ that I grab out of my book to play. But I wanted to bring a fresh approach to this album by exploring some of those tunes on the debut album that haven’t seen the light of day since then, and certainly not in big-band format.”

Warrilow’s new big-band arrangement of “Forgotten Love,” from Pastorius’ debut album, is particularly stunning. “That was the last one I expected them to call,” he says. “There wasn’t any improv in it; it was strictly a written piece on the first album and he never did anything quite like that again. So we had a go at it, and it came out pretty good.”

As Graves points out in the liner notes to Word of Mouth Revisited: “In its original form on Jaco’s debut album, ‘Forgotten Love’ has Herbie Hancock playing solo piano along with this beautiful string section arranged and conducted by Michael Gibbs. We changed the song around to have a bass melody [played by Christian McBride] with a wind ensemble behind it. So we brought an entirely new and fresh perspective to the song.”

“It’s been a lifelong desire of mine to keep Jaco’s music alive,” Graves says. “It was just too much of a part of me after all those years to let it go. I had all of those things in my book, a good lion’s share of which were written by Jaco for my band, so I kept the book going and have done a number of Jaco tribute concerts over the years. But obviously in the back of the mind is always the idea of recording this stuff.”

Graves’ wish has finally been granted courtesy of Heads Up and the help of this all-star cast of bassists.