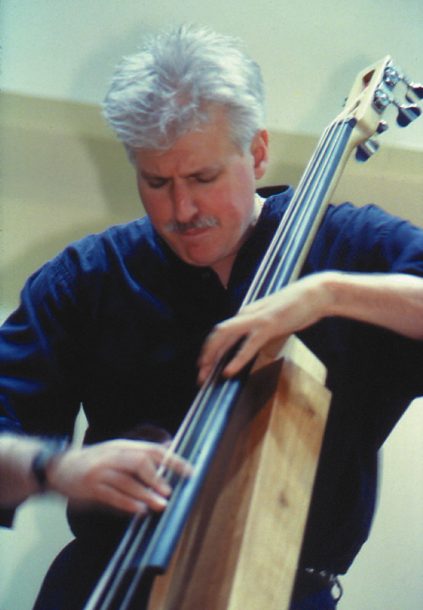 After 25 years of playing jazz in a variety of settings (including work with Thad Jones and Mel Lewis, Stan Getz and Steve Kuhn as well as his longstanding duet partnership with vocalist Sheila Jordan), bassist Harvie Swartz took a hard left turn in his career path and began immersing himself in Latin music. For the past two years it’s been his main focus with his band Eye Contact. Their debut recording, Havana Mañana (Bembe Records), is the result of an ongoing musical journey that began five years ago.

“I wanted to learn a little bit more about Latin music,” he explains, “because throughout my career I had kind of avoided it. And once I got into it, it just took over my life.”

Swartz took his first step by subbing in a salsa band led by Bobby Sanabria. “I got a little taste on that gig and wanted more. But I decided that the only way I was going to learn how to play this music wasn’t from a book or from just listening to records but from going out and sitting in, learning it, studying it, playing club dates and putting it all together, the same way I learned how to play jazz.”

Some of his early schooling came at Latin jam sessions. “I’d just go and see what I could do and, of course, I’d get my butt kicked. After the first time, I was afraid to come back for three months. But I hung in there and kept practicing.”

A trip to Cuba two and a half years ago solidified his ideas about the music. “The role of the bass is different in Latin music than jazz because you’re really looking at it as a percussion instrument rather than a melodic instrument. So I’m trying to bridge the gap, where I’m playing solid bass out of that tradition while bringing more melodic and harmonic content to it.”

It’s a unique approach he calls jazz-Latin. “I’ve gone after this music with a vengeance and I’ve learned it from the bottom up,” he says. “And I’m still learning. I’m constantly working on it.”