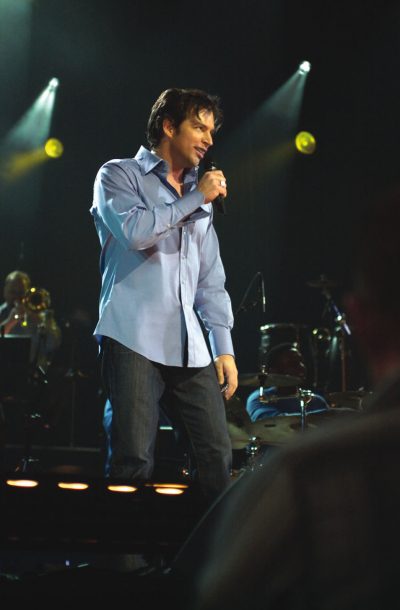 Harry Connick, Jr.’s latest road show is a little bit country, a little bit rock and roll. Okay, it’s not quite akin to that musical variety show of yore. But it is reminiscent of a certain nearly forgotten prime-time television format, as noted by one reviewer of the second stop on the pianist, singer and sometime actor’s cross-country concert trek in support of the simultaneously released New Orleans tribute discs Oh, My Nola and the mostly instrumental Chanson du Vieux Carre.

It’s a lot of music and a little bit shucking and jiving, as the Crescent City native mixes impressive jazz-rooted keyboard workouts and bracing big-band blasts with carefully calibrated bits of expertly timed comedy and silky crooning that’s pointedly reminiscent of another screen-ready singer. Frankly, the disparate elements get along famously.

Connick’s smartly paced 105-minute show, in front of a sell-out crowd of 2,157 at the acoustically pristine Tampa Bay-area venue Ruth Eckerd Hall, had the entertainer and his little big band surrounded by props meant to evoke the Big Easy—vintage street lamps, a trio of ceiling fans and a background image featuring a French Quarter-style balcony complete with wrought-iron latticework.

An extended piano intro signaled opener “Come by Me,” the title track from Connick’s 1999 album, and then it was on to the new recordings, with the nine horn players digging into the vintage R&B of the Allen Toussaint/Lee Dorsey classic “Working in a Coal Mine” and, later, Toussaint’s “Yes We Can Can,” the latter practically the theme song for New Orleans’ recovery. Both benefited from the crunchy baritone sax ministrations of Dave Schumacher.

Connick’s big band, reassembled after several years on hiatus, sounded like a well-oiled machine on “Won’t You Come Home, Bill Bailey?,” begun with a rambunctious piano solo; a version of Hank Williams’ “Jambalaya” relocated from the bayou to the Big Easy; and “Hello, Dolly,” a Louis Armstrong-associated Broadway belter during which the singer left his perch behind the keys to sway in front of the band. He took the opportunity to toast James Booker with “Let Them Talk,” associated with the influential New Orleans piano wizard, and saluted Professor Longhair with the rollicking rumba boogie of the latter’s “Go to the Mardi Gras,” one of several tunes highlighted by the tangy muted-trombone work of Lucien Barbarin, who also turned in raspy vocals on “Basin Street Blues.”

During one comic interlude, Connick offered dead-on impressions of Michael Bolton and Michael McDonald, and elsewhere mentioned the debt he owes to Tony Bennett, whose MTV Unplugged cable special and recording arguably paved the way for the ’90s boomlet of new crooners and aging rockers jumping on the bandwagon.

Connick made his most pointedly political observation of the evening with “All These People,” a somber tune built on a backbeat-heavy groove and snapshots of the awful scenes he observed first hand in the days following Hurricane Katrina. He closed, appropriately enough, with “Do You Know What It Means to Miss Orleans?,” which wound down with Barbarin’s bone, Neal Caine’s bass and Arthur Latin’s drums. Connick is one of several Crescent City natives who is wielding his considerable skills as a jazz-bred musician and as a broadly appealing entertainer to demonstrate why New Orleans’ culture is too precious to lose. Here’s hoping that that message is widely taken to heart, before it’s too late.