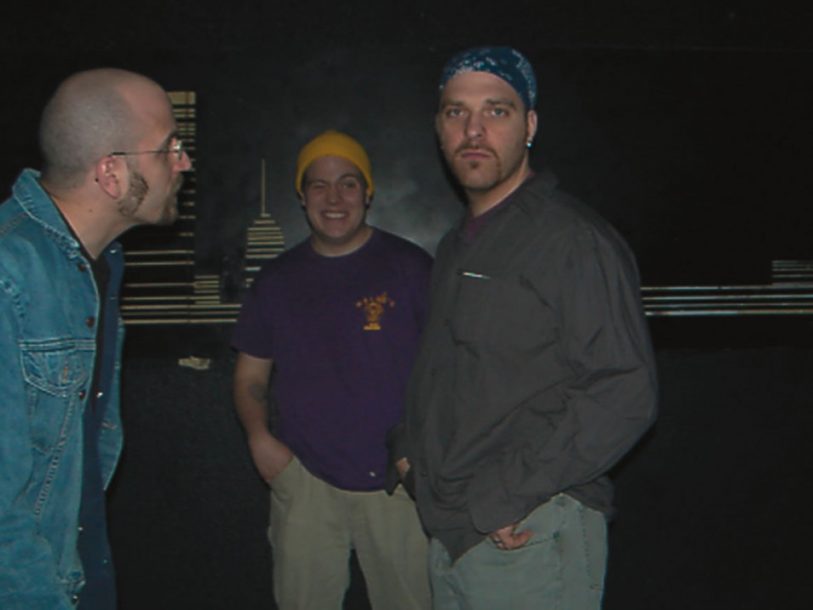 Searing multiphonics, funky polyrhythms, drum ‘n’ bass-isms, catholic influences and anything-goes musicianship: the tools of the New York City jazz underground, right? Yep, but also of Happy Apple, a Minneapolis, Minn., trio whose geographic location conjures not hip musicians on the cutting edge of improvised music, but rather snow, a stinky baseball team in a crummy dome, snow, a hockey team that bolted to Dallas and won the Stanley Cup, snow and snow.

“I think the future of creative music lies in the development of more regional scenes and not just N.Y.C.,” says drummer David King. “I guess we just enjoy living in a little more peaceful and relaxed environment. Also, less expensive! Plus, Minneapolis is a great art city and has internationally renowned museums and music clubs, so it’s not like we’re living in Lubbock or something-no disrespect intended.”

Formed in 1996, Happy Apple (named after a Fisher-Price toy) has already won over its hometown, winning Jazz Record of the Year (for its debut, Part of the Solution Problem), Jazz Group of the Year and Drummer and Bassist of the Year at the Minnesota Music Awards in 1998. The group was working on a deal with Warner Bros. last year, but that fell through and, like its first, Happy Apples’ second CD, Body Popping • Moon Walking

“The impact of the rock scene has been eye opening and vital to our development,” King admits. “We just play in any live environment we can without putting out a vibe like you have to know every technical nuance of what is going on. Whatever you can take from the experience, take it. I think many more people than we ever imagined are open to different kinds of music than the music industry would like to have us believe.”

Be it from Minneapolis, New York or even Lubbock, Texas.