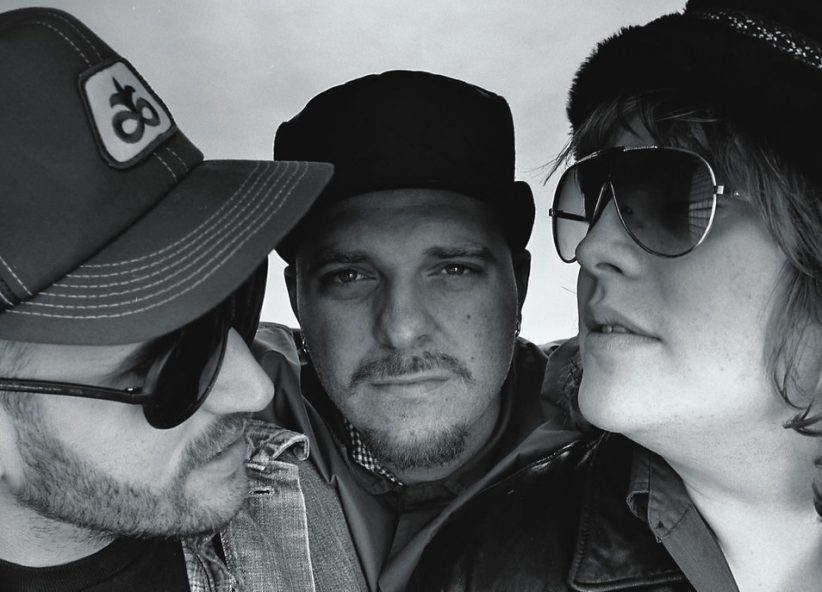 It’s hard to picture a band more grassroots than Happy Apple. Drummer David King, electric bassist Erik Fratzke and saxophonist Michael Lewis hail from Minneapolis, in the verdant northern Midwest, far from the concrete jungles where hard-hitting jazz musicians tend to congregate. “The stigma of improvising groups outside New York is that they’re jam-bandy,” King notes. “We would kind of use that. We’d roll into town and not much would be expected of us. Then we’d just really throw down. We always felt we could hang anywhere. But we decided to stay outside the New York system in order to commit to each other.”

Many know King as the drummer in another acclaimed trio, the Bad Plus. Happy Apple, in fact, gave the Bad Plus its initial inspiration. At those storied Happy Apple gigs in New York, one could always find future Plussers Ethan Iverson and Reid Anderson, King’s old friends and fellow Midwesterners, navigating the notoriously difficult New York music scene. “They were frustrated about keeping bands together,” King recalls, “and they saw that what Happy Apple did was a conscious choice, to commit to a sound and create something new. The ideology of both bands is identical: bring the music out there with no charts and throw down; try to connect.”

Even as King took up with the Bad Plus and met major-label success, he guided Happy Apple on a parallel path of furious creativity. In time, with four independent releases already under their belt, the scruffy trio landed a deal with Universal France. Their profile grew considerably in 2002 with Youth Oriented, followed by The Peace Between Our Companies in 2005. Their seventh album, Happy Apple Back on Top (Sunnyside), is a fine and wholly representative effort, steeped in free-jazz abandon, laced with complexity, and conversant with Minneapolis’ punk and indie-rock heritage. King refers to the music’s “crunchy, dark-tinged underbelly,” a “core of down-homey, Midwestern spatial blues that seems to attach itself to every tune.”

At times, Happy Apple’s textural mix can bring to mind the historic Paul Motian/Joe Lovano/Bill Frisell trio. King’s drumming is loose and playful, but finely calibrated when it needs to be. Fratzke’s approach to the Fender bass is chordal and polyphonic; not surprisingly, he plays guitar as well. His technique is uniquely homespun, owing little to the flash of fusion. “Erik is deeply influenced by modern classical music,” notes King. “He can sit and talk to you about Schnittke. He’s such a weapon beyond the normal bass.” Michael Lewis, who plays tenor, alto and soprano sax with something approaching demonic possession, has won praise from artists as diverse as Tim Berne and the late Michael Brecker. King refers to Lewis as “this gunslinger in his outpost. If you’re in a room and he’s playing, you’re going to feel it.”

All three members compose for the group, and King delights in their differences. “My tunes tend to be surreal in their structure,” he says. The moods are diverse, however, ranging from the thunderous metal riff of “The New Bison” (initially a Bad Plus tune) to the peaceful 3/4 gait of “He’s O.K.” King continues: “Michael’s tunes tend to be more poppy or folkloric in their melodies. He embraces the idea of writing something simple and breeding complexity underneath it.”

Examples from Back on Top include the slow, silvery theme of “Most Popular to Succeed” and the nonchalant backbeat of “Calgon for Hetfield.” And Fratzke? “Erik’s music steers away from any overt melodic content. It’s more based on these different tonal systems he works in. He might combine kitschy, almost Mancini-style phrasing with these odd intervals. In ‘Density in Dan’s Fan City,’ for instance [he hums part of the tune], they’re almost like big-band phrases but the harmony is coming from somewhere else.”

Some might mistake Happy Apple’s irreverence-manifest in such song titles as “Starchild Cranium,” “Let’s Not Reflect,” “Hence the Turtleneck” and “Crème de Menthe Quasar”-for a lack of seriousness. But it doesn’t get more serious than maintaining a steady lineup and forging a distinctive body of work for 10 years. Happy Apple is the quintessential working band, even if its members throw their weight around elsewhere. King, in addition to the Bad Plus, has appeared on such sterling recent projects as Shine Ball by pianist Bill Carrothers and At the Center by Meat Beat Manifesto. Multi-reedist Michel Portal sought out Fratzke for his latest release, the exceptional Birdwatcher. King and Fratzke teamed with fellow hometown heavies Craig Taborn and Greg Norton (former bassist with Hüsker Dü) for The Gang Font Featuring Interloper, one of the most adventurous items in Thirsty Ear’s Blue Series to date. “I’m so about all these Minneapolis homeboys,” King exclaims. “We have this bent way of going about it.”