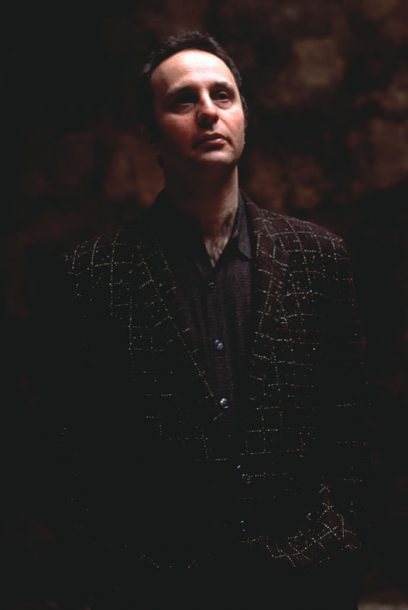 In these days of NAFTA and the European Union, a world without borders is becoming more of a reality. But musicians, from time immemorial, have ignored political and cultural barriers to borrow, to learn, to assimilate.

Enter Argentine-born drummer, composer and arranger Guillermo Nojechowicz (noh-hay-choh-wees), who was nourished from birth with a steady diet of tango and Argentine folk dances like the chacarera, zamba and gato; treated from early childhood to annual summer feasts of Afro-Uruguayan candombé; and as a teenager, Nojechowicz says, “I began to listen to jazz-influenced tango composers like Astor Piazzola, and then, in my early 20s, I went to Brazil and became enchanted by the rich percussion and other elements I’d never heard before. The jazz elements in that music opened me even more to jazz.”

Nojechowicz entered the Berklee School in 1980, and that experience enhanced his chops and harmony and arranging skills, leading him to a drum style that is powerful but relaxed, a bit dark on the bottom and light on top-the perfect foil to his lithe yet shadowy charts. In 1987 he formed his current band, El Eco, which has long had the present lineup of pianist Helio Alves, bassist Fernando Huergo and saxophonist Dino Govoni, only recently adding vocalist Kim Nazarian.

Boston-based Nojechowicz manages to blend all his musical influences into a highly digestible blend, shown to good effect on his new CD, Two Worlds (Dreambox Media). The album is a highly personal statement about a musical identity torn between his native culture of Argentina and his adopted home in the United States. “This music gives me a chance to come to peace with my two worlds,” Nojechowicz says. “It represents the struggle of being an immigrant, away from my home country which was in such turmoil when I left in 1980. I wanted the music to have something of the essence of Argentina, but, because I live here now, I wanted to likewise get away from it.”

Brazilian guitarist Romero Lubambo, who, along with trumpeter Claudio Roditi, guests on Two Worlds, says, “I like not only his music, but his way of playing. He’s not Brazilian, but he composes and plays Brazilian music of such quality, it’s amazing.”

Nojechowicz should be proud; Brazilians are notoriously protective of their music. If his music can be used as a barometer to measure his personal state of mind, his three worlds are clearly melding into one.