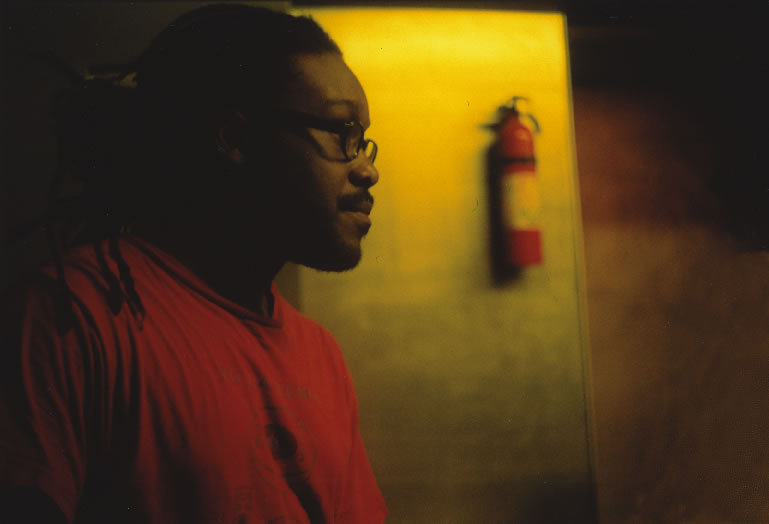 “The computer is another part of the ensemble,” says percussionist Guillermo E. Brown, and it’s easy to believe him after hearing the organic way he incorporates it and other electronic instruments into his fantastic debut, Soul at the Hands of the Machine, for Thirsty Ear’s “The Blue Series.”

“I grew with the computer as another limb so I feel totally comfortable improvising in this way,” Brown says, “using techniques culled from my jazz lessons to play FX machines, the mixing board and other sounds, and make the drum machine breathe, like Max Roach said, and a lesson we learned for drum ‘n’ bass.”

The 26-year-old Brown has been the high-energy drummer in David S. Ware’s quartet since 1999, and his and Matthew Shipp’s interest in electronic sounds, from ’70s fusion to modern-day electronica, heavily influenced Ware’s last CD, Corridors & Parallels (Aum Fidelity). Soul at the Hands of the Machine straddles the line between avant-ambient, free improvisation, broken beats, African and Afro-Cuban rhythm records and electronic new music, sounding like Herbie Hancock’s Mwandishi band updated for the new millennium.

Soul at the Hands of the Machine lives up to its title, sounding machine-inspired but with an organic heart. If that description implies a sci-fi plot, don’t be surprised: Brown cites speculative fiction authors Ray Bradbury and Octavia E. Butler as influences, and name-checks the concept behind the mysterious Detroit techno band Drexciya, whose music revolves around its titular theory of an underwater country in the Atlantic that was founded by pregnant, America-bound African slaves thrown overboard while in labor for being disruptive cargo, but who survived and learned to breath in the ocean. Soul at the Hands’ aquatic “Gnizama (For Troublesome Trans-Atlantic Boats)” is a direct reflection of those Drexciyaian interests.

Brown grew up in a musical family-his mother is an ethnomusicologist; his grandfather a jazz drummer in Washington, D.C.-and he studied theory and percussion at the Westchester Conservatory of Music, Hackley School, Skidmore Summer Jazz Institute and Wesleyan University. Now living in Brooklyn, Brown’s multifaceted music reflects the underground sound of NYC from both the jazz and electronica camps-scenes that are increasingly influential on one another as the spontaneous nature of improvisation attempts to incorporate electronic textures and rhythms, which are often built around presets or preprogrammed elements. “I’m not sure about the whole presets thing,” Brown says, “because I’m definitely not using presets. [I am] making my own sounds, synthesizing, working with an obsolete sequencer/computer that crashes/freezes and slows down/speeds up on its own.”

That’s the soul of the machine.