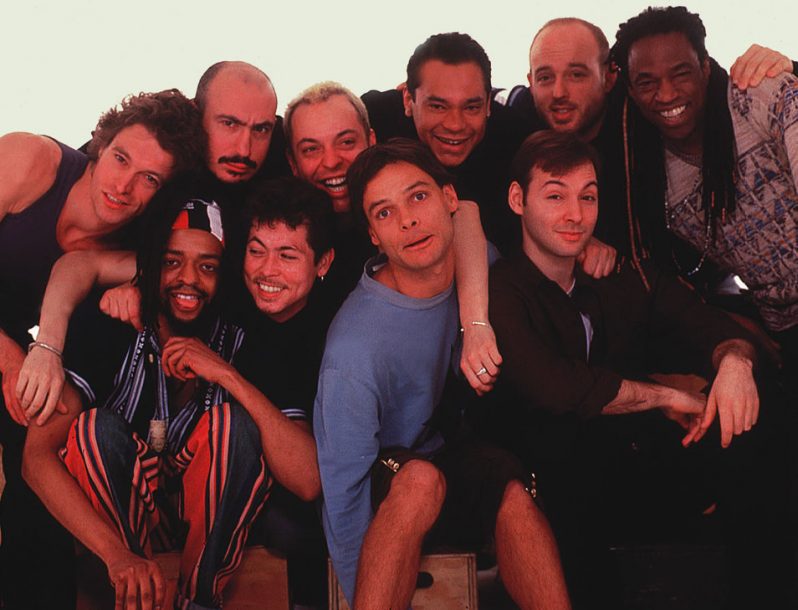 The Groove Collective’s Dance of the Drunken Master, on Shanachie, is the group’s third release. Bill Ware, the group’s accomplished vibist, who has a solo career and also performs with the Jazz Passengers, believes that it’s their best effort thus far, truly capturing the excitement and energy the group generates in person. “Performing live is what we’re all about,” Ware explains. “But our first two releases with other labels, we weren’t able to do this. They were mostly studio efforts. Thanks to Shanachie, this time, we just went into the studio and played live, with very minimal overdubbing.”

Since its inception seven years ago, at the New York club Giant Step, Groove Collective has put together a unique amalgam of jazz, funk, r&b, and Latin music that was at first dubbed jazz hip hop. But with the disappearance of that genre, categorization of the group is difficult at best.

“It’s difficult playing music for which there’s no defined market,” Ware believes. “I really hate the whole concept of marketing. For me, that’s one of the things that has really stifled art in this country. Marketing is the anti-Christ because when you start marketing music, it’s like product segregation. The truth with art is that the good stuff lies somewhere in between, that’s what makes a band like the Groove Collective so interesting, when you melt these elements together.

“You have to crush all the elements like a diamond and force them together and pow, you have this magic,” Ware adds. “That’s not what marketing it is about. All the bands I’ve ever been in have that same problem, they don’t fall into any of the slots. Today, it seems as if musicians are just making music to fit formats and I think that’s hurt the quality of music we hear.”

“With the Groove Collective, what we do is make good music and from the audience reaction, we know we’re doing the right thing. But for the group to survive, we’re going to have to find a niche, and we haven’t really found it yet.”