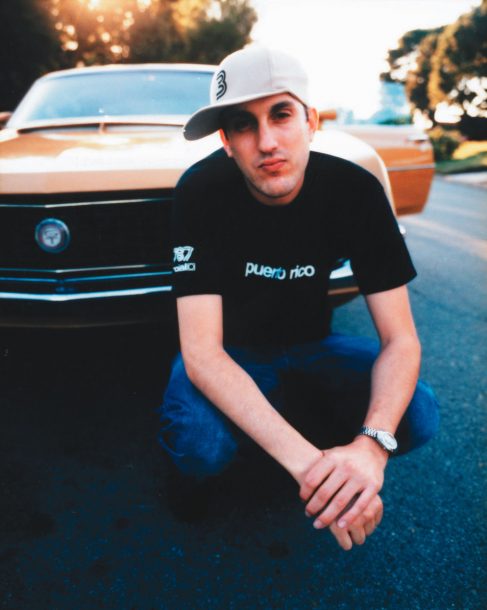 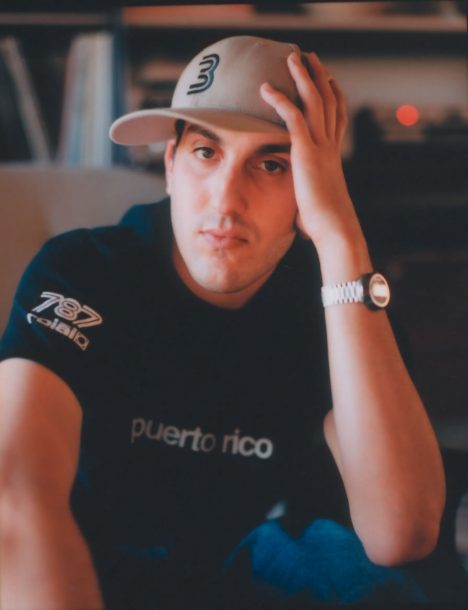 Does anyone care about acid jazz anymore?

“It’s still alive, but to what degree is the question,” contends ace turntablist and early acid-jazz producer Andreas Stevens, a.k.a. Greyboy, who just dropped his first solo album, Mastered the Art, in five years. “It started underground, came overground; now it’s back underground. There are a lot of people still in it, but I don’t think there are a lot of new people doing it.”

The young-bohemian movement of rappers, instrumentalists, DJs, poets, dancers, graphic artists, and record entrepreneurs ignited in Britain’s 1987 “Summer of Love,” then spread like a global wildfire, rejuvenating optimism for hip-hop artists craving new sonic territory, contemporary R&B musicians eager to return to a more organic music and jazz artists itching to burst out of the postbop straitjacket that dominated much of the 1980s. But as quickly as you can say Jazzmatazz, acid jazz became as en vogue as acid-washed jeans. Hardcore hip-hop artists viewed many of the acid-jazz rappers as charlatans, while more conventional jazz artists viewed the music as sophomoric. Many acid-jazz bands survived under the new jam-band regime or delved into trip-hop or drum ‘n’ bass; others simply fell into obscurity, leaving only a handful staying true to the early ’90s hybrid of jazz and hip-hop.

When Greyboy hit with his 1993 debut, Freestylin’, the title track immediately became the subgenre’s battle cry. Using Frank Foster’s politically charged “Loud Minority” as its base, “Freestylin'” featured Harold Tidd’s hearty tenor saxophone steamrolling over an infectious groove, interjected with samples of Dee Dee Bridgewater’s fervid chant, “We are a part of the loud minority/And as such we a part of those concerned with change.”

“When I first listened to ‘Loud Minority,’ I found it to be something that was begging to be used,” enthuses Greyboy. “At that time, a lot of people didn’t know about that record. I was trying to make an anthem out of it, and used what Dee Dee Bridgewater was saying as the theme of the song.”

With only two albums under his belt, and a defunct side project, The Greyboy All-Stars, which he formed with saxophonist Karl Denson, Greyboy has survived a scene whose idea seemed to have come to pass. Maybe living in his hometown of San Diego-far away from the vampiric music Meccas of New York and Los Angeles, which could easily deter any artist from their artistic vision-has helped him to stay on point. “I’ve always been determined to stay here and still succeed,” explains Greyboy. “Even though it’s not the place to be as far as the music industry. I like it here, so I want to stay here.”

Or it could be because he’s stayed committed to the small indie label Ubiquity Records when so many of his contemporaries were running to the majors. “My relationship with Ubiquity Records has been really fair,” he says. “I could have gone for a bigger record deal for my last album. Ubiquity is perfectly suited for the size artist that I am. I think of myself as an underground artist-a 100,000 album-selling artist.”

While Greyboy’s previous albums have established Greyboy as an underground sensation, Mastered the Art has the potential to catapult him above ground-but not so much for jazz, as it does for mainstream hip-hop. Rapper Mainflow of the underground hip-hop ensemble Mood lends his verbal skills to the new album. And even though the new record boasts some jazz elements thanks to bassist and guitarist Elgin Park, keyboardist Robert Walter and special-guest vibraphonist Dave Pike, the overall sound is starker, with a hardness that’s more East than West Coast.

Although Mainflow hails from Cincinnati and now lives in San Diego, his rhythmic flow has the urgency of New York’s rush-hour traffic. In front of harrowing soundscapes and sparse beats, and Greyboy’s impressive scratching, Mainflow gives Mastered the Art a hard-core hip credibility, especially on “Dealing With Archives,” and the bleak “Uknowmylife.”

So is Greyboy jumping ship too, in favor of a more enduring genre? Not really. “It’s where I’m at now, since my last solo record [1996’s Land of the Lost],” explains Greyboy, “I built it the same way. It’s all samples layered with live instruments. The main difference is that it has a hip-hop MC on it.”

But even as Mastered the Art asserts itself more hip-hop than acid jazz, it does have the intriguing presence of veteran post-bop vibraphonist and label-mate Dave Pike, who until this project was fairly unfamiliar with DJ culture but nevertheless admires Greyboy’s studio ingenuity. “He’s very creative,” enthuses Pike. “I’ve been intending to just go down there and just be there in his studio, and watch him work. What Greyboy is doing is very creative. It can be dance music, but it’s also listenable, because he changes up, rather than simply lay down a dance track.”

“A lot of people are just now finding out about his hip-hop side,” insists Mainflow about Greyboy. In fact, the more you learn about Greyboy’s upbringing in San Diego and San Francisco, the more you’ll realize that he’s more hip-hop than expected.

Weaned on the golden era of hip-hop (1987 to 1994), the 31-year-old DJ has been spinning since he was 15. “There were so many good hip-hop records that came out during that time,” reflects Greyboy on his formative years. “At that time, there were a lot of people experimenting with finding really obscure records and taking bits and pieces of them, and making original tracks; not like now, with the bastardized sampling style of Puff Daddy. It was like the era of artful sampling.”

Greyboy even insists that acid-jazz actually started by hip-hop DJs from the late ’80s. “Hip-hop DJs invented acid-jazz really,” says Greyboy, “because they were the ones sampling jazz records as the back tracks for their vocals. What happened was that the English guys took it and dropped the MC, and kept the instrumental, and had a horn player solo on top. That’s kind of what I was doing. I approached it from a hip-hop point of view. But instead of having MCs on the tracks, I had jazz musicians.”

After winning a 1987 DJ mixing competition in San Diego, Greyboy left for Great Britain, where acid-jazz first started. At the time, the U.K. also started reissuing rare-groove vinyl by James Brown, The Meters and Roy Ayers. “I was trying to get my hands on as many old jazz records and soul records because that was the key for me,” says Greyboy. “The more music that I knew about, the better producer I would become.”

A completely self-taught musician who didn’t know Grant Green from the Jolly Green Giant before hanging out with Greyboy, Park has built an impressive resume for his scores for such films as The Zero Effect and the TV series Freaks and Geeks. He recently finished scoring an upcoming movie, Donnie Darko, starring Drew Barrymore. While Greyboy finds the infectious beats and rare samples, it’s Park who gives the music its organic feel.

“Greyboy is coming from a real hip-hop style, and I’m not that versed in hip-hop,” explains Park. “I try to come up with melodies over the stuff, and arrangements around the beats and samples. If you just listen to a lot of the hip-hop tracks, it’s pretty stagnant. As an instrumental track, the thing needed to move, it needed to feel like it had sections and movements, and some arrangements.”

Park’s experience with movie soundtracks is more evident on Mastered the Art than on Greyboy’s previous albums. With Dave Pike’s melodious vibes and Park’s bluesy guitar surrounded by lurking horns and a blaxploitation-inspired synth riff on “Polyphony,” or the Chinatown noir on “Marrakesh,” the new album evokes a cinematic quality not unlike a Wu-Tang production.

“One thing that is different about this album is that it’s not about a beat, with this guy playing a solo over it. It’s more about textures and soundscapes,” explains Park. “I wasn’t interested in playing solos all over this record. I think Greyboy thought he had a little something to prove on this album; that he wasn’t just an acid-jazz DJ, and that he had some sense of what was happening in hip-hop. We’ve never really felt a part of the acid-jazz culture. You’ll never catch Greyboy spinning an acid-jazz track. He spins either, like, solid hip-hop, and it’s usually East Coast, or old jazz. I think this time he really wanted to show people that he had some skills as a scratcher. I think he needs to flex that talent more.”

“A lot of groups have experimented with things that I did on Freestylin’,” says Greyboy. “So it’s not really as fresh an idea-funky rhythm tracks with jazz instrumentation was more of a fresh idea back in 1993. I think now, it’s been done so many times that people are going in some other directions with it now.”

“I have a pretty stripped down setup. I use Technics 1200 turntables, a Vestax PMC-07 Pro mixer, an Akai MPC 2000 sampling workstation and a Mac G4 with Pro Tools hard-disk recording setup.”

The Beatnuts: “No Escapin'” from Take It or Squeeze It (Loud)