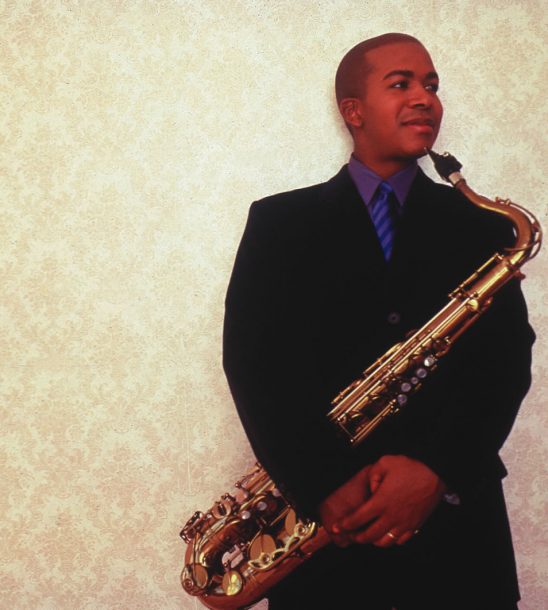 Taking a page from Trane’s book is 30-year-old Greg Tardy, whose new recording on Impulse! is entitled Serendipity.

Lewis Porter’s new book, John Coltrane, His Life and Music, details Trane’s practice regime, a course that Greg Tardy is set to follow: “I practice a lot,” Tardy admits, “but I’m not the only one. Trane set the standard with the work that he put in and where he got.”

Another link to Trane is the two and one-half years that Tardy spent with Elvin Jones. Fellow New Orleans resident Nicholas Payton, then Elvin’s Musical Director, recommended him for the gig. “I learned a lot from working with Elvin,” Tardy explains. “Before I played with him, I wasn’t that into a big sound but after being in his band for a while, I really focused on trying to get a big sound because he plays with so much power that if you don’t have a big sound, you’re not going to be heard.”

Tardy started as a classical clarinet player but, between friends trying to get him to double on tenor, his mother, an opera singer turned jazz vocalist, and a trumpet playing brother, he eventually turned to the tenor and jazz full time. “I took a year off from the clarinet and classical music,” he recalls, “to learn the fundamentals of the saxophone and start learning about jazz and the deeper I got into it, the more I got hooked. Before you know it, my clarinet was gathering dust and I was diving headlong into jazz.”

Eight years later, he’s made remarkable progress. Serendipity features six of his originals played by a group that includes Mulgrew Miller and Tom Harrell. Tardy is also part of Harrell’s working group. It’s all part of the process: “I try and bring the absolute best out of myself and try and grow as much as I can.”