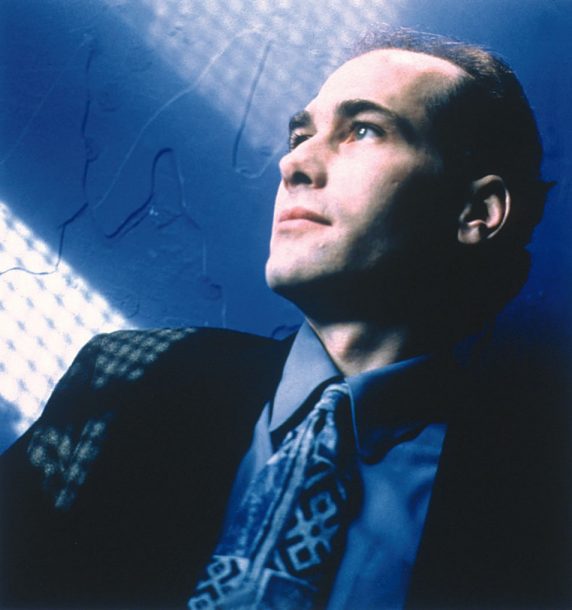 As a musician, Gregg Karukas hasn’t stopped growing since he began making solo records about ten years ago. But today, his musical progress also includes fond looks back at musicians who helped shape his style and substance.

“I’m evolving back to my original inspirations in jazz,” he said. “For years, people would ask me who my inspirations were, and I’d shy away from the question or answer simply, ‘everyone.’ But during the last year, it started to hit me and I can now truthfully say it with pride that one of my main influences is Les McCann.”

He said that McCann’s combination of jazzy harmony and funky playing with a gospel kind of drive is important to him. “I think of McCann, and someone like Gene Harris, as the Cannonball Adderleys of the keyboard. They command their instrument, they put funk into it, they can play pretty when they want to, and they have a cross-audience appeal with no contrivance.”

Karukas’ latest recording is Blue Touch, on i.e. Music, where he delivers a programof his own tunes on acoustic piano, synthesizers and Fender Rhodes. Characterized as “smooth jazz,” his music is inherently melodic, but with a strong R&B influence. He said that McCann’s classic record Swiss Movement, and the tune “Compared to What” in particular “sort of encapsulates what’s been lurking under the surface of my musicianship.”

He regards his association with i.e. Music and the Verve organization as a turning point in his career that will bring his music to a larger audience. “My name has been lurking just under the surface of mainstream jazz listeners,” he said. “Hopefully that will be changing soon and I’ll be rising to the surface.”