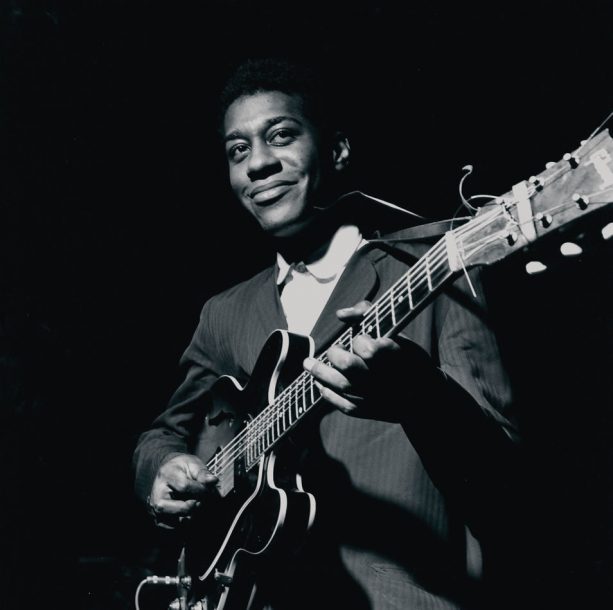 These three compilations are subtitled The Original Jam Master, and they take their cuts from Green’s last six records for Blue Note: Carryin’ On (1969), Green Is Beautiful (1970), Alive! (1970), Visions (1971), Shades of Green (1971), The Final Comedown (1971) and Live at the Lighthouse (1972). Each volume shares the same introductory liner notes by Bob Porter who then goes on to provide brief track-by-track analysis for each disc. For such a thematic compilation of a specific period of Green’s career, a three-CD box set-or a box set of all seven original LPs, since not all the records are in print-might have made better packaging sense (if worse economic). But as snapshots of Green’s late Blue Note career, these are fine portraits indeed.

Ain’t It Funky Now! is the strongest of the three discs on the merit of the James Brown title track alone (originally on Green Is Beautiful). Idris Muhammad lays down some severe boom-bap, augmented by Candido (congas) and Richard Landrum (bongos), proving he’s just about the funkiest jazz drummer ever. For more evidence proceed to the group’s take on Kool and the Gang’s “Let the Music Take Your Mind” (from Alive!). Whiplash will ensue. The other five songs are also interpretations of the day’s soul hits, and that is the main difference between Ain’t It Funky Now! and For the Funk of It, which spotlights compositions by Green, his bandmates and arrangers.

The truth is, Green wasn’t much of a composer in the traditional sense, basing his tunes more on simple, groovy riffs rather than harmonic intricacies. But for dancing, boogaloos like “Upshot” (Carryin’ On) and “California Green” (Shades of Green) do just fine. Other booty-shakers include the title track to the movie soundtrack The Final Comedown, the 15-minute killer “Flood in Franklin Park” (Live at the Lighthouse) and “Cantaloupe Woman” (Visions), written by Green’s former drummer, Ben Dixon, and first recorded by the guitarist on his 1965 Verve album His Majesty, King Funk. The only song that avoids the funk is the Latin-disco number “Dracula” (Green Is Beautiful).

While Mellow Madness is as advertised, it’s my least favorite of these comps-and it’s still fab. Green was a great melodic guitarist, as he proves on “Cease the Bombing” (Carryin’ On), “Maiden Voyage” (Alive!), “A Day in the Life” (Green Is Beautiful), “Down Hear on the Ground” (Alive!) and “Fancy Free” (Live at the Lighthouse), but I prefer him in stankier settings. Wes Montgomery is wonderful, and it’s hard to beat early George Benson, but Green was the premier jazz-funk guitarist. Some think this sort of soul-jazz is an artistic cul de sac. If that’s the case, build my home right at the end of it.