Skip to content
Become a member and get exclusive access to articles, live sessions and more!
Start Your Free Trial
Home > JT Archives > Grachan Moncur III: Some Other Stuff 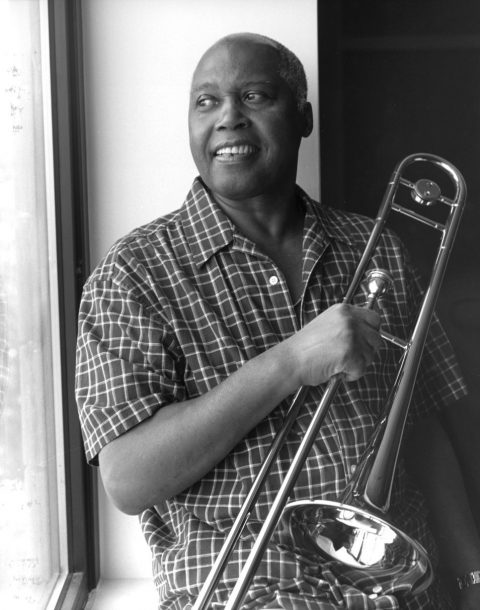 For a time, it seemed that trombonist Grachan Moncur III was destined for jazz stardom. In demand both as a soloist and a composer, he was one of the most original voices to emerge in the early 1960s. Moncur’s recordings for Blue Note as leader and sideman in the company of Jackie McLean, Lee Morgan, Tony Williams, Bobby Hutcherson and others were hailed as touchstones of an era. But for various reasons, some of his own doing and some beyond his control, Moncur never enjoyed the sustained success of his peers, although his talent was never at issue. The recent three-CD collection on the new Mosaic Select label of Moncur’s most significant Blue Note work reaffirms the trombonist’s early triumphs and focuses the spotlight once again on an artist who still has something to say. The set includes Jackie McLean’s One Step Beyond (1963), Destination Out! (1963), Hipnosis (1967) and ‘Bout Soul (1967) and Moncur’s Evolution (1963) and Some Other Stuff (1964).

Born in 1937, Moncur, a Newark, N.J., native, was all but predestined to become a musician. His father was the highly respected bassist Grachan “Brother” Moncur, and his uncle was saxophonist Al Cooper, leader of the legendary Savoy Sultans. “People like Dizzy Gillespie, Babs Gonzales and James Moody were always dropping by the house, and they took an interest in me,” Moncur recalls. “Sarah Vaughan and my mother were best friends. Sarah was a great cook and used to cook in our kitchen!”

The youngster was drawn to the trombone at a very early age: “I always remember a valve trombone being in the house. When my father was on the road, I’d sneak it out from under the bed and try to play it even though I was too small to pick it up.” After studying piano and cello, Moncur took up the trombone in earnest at nine: “My father bought a pawn ticket for five dollars and came home with a silver-plated trombone wrapped in newspaper. That was it!”

The budding musician was quickly drawn into Newark’s dynamic jazz scene. “There were quite a few jazz clubs, and every night there was a jam session somewhere,” he recalls. Moncur also learned a lot playing in the Newark YMCA band where he met another up-and-comer, saxophonist Wayne Shorter: “He was kind of weird, always looking up in space at something nobody else could see. Even then he was quite advanced and had a great sound.”

In 1951, Moncur was sent to high school at the renowned Laurinburg Institute in North Carolina. “My mother wanted to get me off the scene in Newark because the drug situation was bad in our area,” he explains. Laurinburg had an active music program. Dizzy Gillespie had attended the school, and Moncur recalls that the trumpeter’s spirit still permeated its halls almost two decades later. The students were exposed to a wide variety of music. “We played overtures and marches like ‘E Pluribus Unum’ and ‘Old Comrades,'” Moncur remembers. “That stuff was hip! I’d love to get a marching band today to play that stuff!”

After graduating from Laurinburg in 1955, Moncur returned to Newark, where he joined pianist Nat Phipps’ band. The group was made up of the city’s finest young players, including Wayne Shorter. An encounter with Miles Davis helped Moncur establish his own identity at that early stage of his career. “I used to go to Birdland and sit in on Monday nights,” Moncur recounts. “One night Miles came in. I went up to introduce myself and told him how much I admired him. He looked at me and said, ‘Don’t you ever say that corny shit to nobody! I know who you are, man. You got something. Dig yourself!’ That made me go inside myself. Not that I didn’t respect other musicians like J. J. [Johnson] anymore, but I didn’t idolize them.”

Moncur continued his formal education at the Manhattan School of Music and later Juilliard but had to drop out for financial reasons. In 1958, he formed his own group during a stay in Miami Beach. His father set up an audition at a local club, but when the owner heard the group, he hired the rhythm section without the leader. “That was a low point,” Moncur recalls. “It was like the world came to an end for me.”