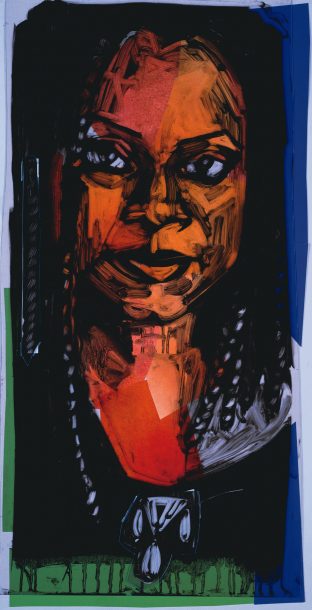 When Geri Allen played the Mary Lou Williams role in Robert Altman’s Kansas City, that particular bit of casting bordered on genius because Allen truly is a spiritual descendant of the great Mary Lou. Capable of hard-swinging any bandstand she graces, her own projects generally bear the mark of the composer-in-progress, and in addition to her under-chronicled mentoring skills, those were surely qualities which marked Ms. Williams’ distinguished career.

Fortunately-hopefully-our gender attitudes have evolved a bit from Mary Lou’s time to the point where we have at least put aside that tired old clich that bestowed a seal of approval on women jazz musicians thusly: ‘yeah, she plays great, sounds just like a man.’ Perhaps we can finally arrive at a point where we recognize, examine, and laud the distinctly womanly qualities modern musicians like Geri Allen, Renee Rosnes, Michele Rosewoman, Regina Carter, the soprano playing Janes, Bloom and Bunnett, Virginia Mayhew, and their peers bring to this music that enhances their expression in very distinctive ways. There is a sensibility they bring to this music that can only serve to further advance its cause; these are qualities which are largely in the realm of the intangible at this point, but which will clarify as more women reach jazz prominence, and not women-in-jazz prominence either, for these are clearly practitioners whose work stands up on its own merit.

As opportunities increase and as her experience in the music broadens, it becomes all the more clear that Geri Allen is one of our most richly talented jazz musicians. For her first Verve session, Ms. Allen’s compositional focus is keen and clear, very reflective and at times quite introspective. There is a bittersweet quality in Geri’s writing that is borne out in bolder relief on tracks featuring the full horn section (Wallace Roney on trumpet, Robin Eubanks on trombone, Dwight Andrews on reeds), a la “The Gathering” and the lovely “Royal Garden Reels.” The harmonies she employs recall Herbie Hancock, especially his Speak Like a Child session. Pianistically speaking, Allen’s work here reflects Hancock’s influence perhaps more clearly than before, though she is far too advanced for outright mimicry or theft; Herbie’s just one of her clearer sources.

Vernon Reid’s guitar, electric and acoustic, adds bite and an edgy quality, particularly his electric on “Dark Prince,” a piece that also finds Buster Williams’ insistent bass throb bathing itself in Lenny White’s sensitive cymbal framework, bringing a palpable tension to the piece. Despite the compositional focus, there are a couple of piano showcases that continue to reveal how formidable Ms. Allen is at the keys. These include “Light Matter” and “Daybreak and Dreams.” The instrumentation is pared down on a couple of tracks for further variety, as with the brief poem “Baby’s Breath,” with hushed horn harmonies and Mino Cinelu’s percussive accents. The otherworldly “Angels,” replete with a faint child’s voice, closes this beautiful session.