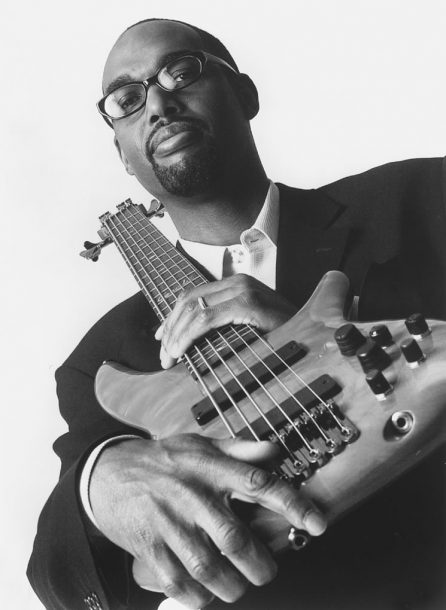 Jazz musicians are notorious namedroppers. Most of their collections of memories involve having done “such and such” with “so and so.”

I’m not ashamed to admit that much of what I remember easily about my career are stories resulting from sharing the stage or tour bus with jazz legends. The biggest legend in my collection (and the funniest) is Dizzy Gillespie.

While I never played in his band, I seemed to cross Dizzy’s unmistakable path periodically. When I misplaced my passport in Vienna, it was Dizzy who called the State Department in Washington to try to help me. When the Grammy Living Legends show honored Quincy Jones by assembling a group (including me, the unabashed name dropper) to play Joe Zawinul’s “Birdland,” who was on trumpet? Dizzy, of course.

I once played with him in a jam session in Japan. During my bass solo on “‘Round Midnight,” he picked the quietest moment to clear the saliva from his horn. “Splat!” The audience cracked up at my shocked expression and Dizzy’s feigned regret. Great musicians do have perfect timing.

My favorite Dizzy story, however, involves not a gig, but a train ride.

I’m on a train in Japan with Zawinul’s band plus Dizzy, who is seated across from me. It’s too early to have had breakfast, so I remark, “Man I’m hungry.” Dizzy produces a briefcase and, in James Bond-like fashion, pulls out of it the biggest peach I’ve ever seen in my life. Without a word, he holds it out to me and I take it because I’m hungry and it’s from Dizzy.

Now I’m eating it, and juice is dripping everywhere and the gentlemanly percussionist Bobby Thomas, who is seated next to me, is embarrassed beyond belief. Too hungry to care, I chew that thing down to the pit. Of course, the Japanese don’t create trash, so there are no trash receptacles anywhere on the train. I’ve got this pit and nowhere decent to put it. Bobby’s embarrassed; I’m embarrassed; God only knows what the Japanese are thinking. Dizzy rolls his eyes in mock disgust and, without saying a word, put the briefcase on his lap and opened it again.

I think Bobby laughed harder than I did.