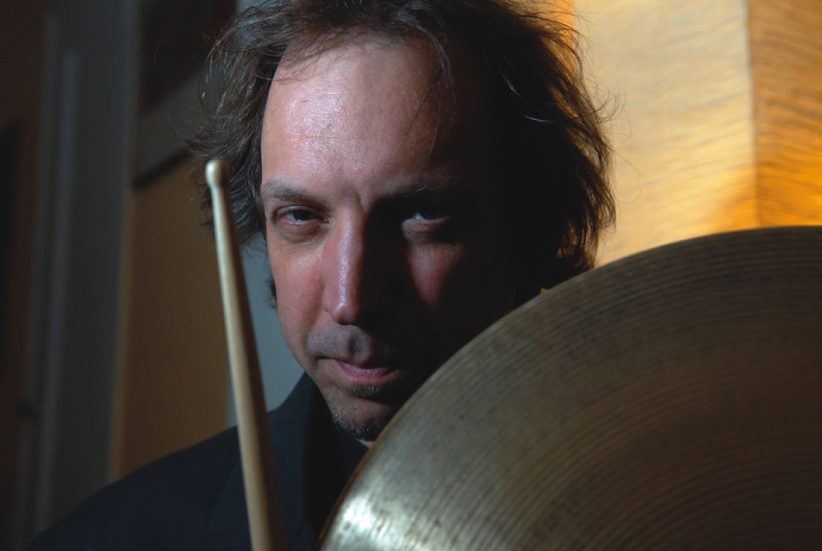 Themed tribute CDs have become a popular way for modern jazz artists and recording labels to produce more “hits,” at least those of the Internet era’s search-engine variety. For Brooklyn-based drummer George Schuller’s band, Circle Wide, tributes have less to do with marketing and more with heartfelt homage and challenging music.

Since forming in 1999, the group has released two such CDs-a 2003 Miles Davis tribute called Round ‘Bout Now, and the new Keith Jarrett tribute Like Before, Somewhat After-for guitarist Michael Musillami’s label, Playscape Recordings. Each features cover tunes, plus the drummer’s compositions, since they’re attempts to show the influence of transitional eras within those artists’ careers rather than exactingly replicate highlights from their catalogs.

“When I do these concept CDs, I try not to be too literal,” Schuller says. “I try to be more subtle about it, as in, ‘Here’s a phase I’m going through. I’m really listening to a period in an artist’s career, and I want to draw the spirit of it, the feeling.’ I don’t want to play the same tunes exactly as they were originally played.”

Round ‘Bout Now explored Miles’ pre-fusion period in the late 1960s. Schuller tunes “Miles Later” and “Quiet Ruckus,” and Davis gems “Filles de Kilimanjaro” and “Circle in the Round,” are punctuated by the lines of trumpeter Ingrid Jensen, saxophonist Donny McCaslin, vibraphonist Tom Beckham and bassist Dave Ambrosio. Like Before, Somewhat After features similar personnel, and is an ode to Jarrett’s so-called American Quartet of 1971-1977, with saxophonist Dewey Redman, bassist Charlie Haden and drummer Paul Motian.

“As soon as Round ‘Bout Now came out, I knew the next project would be the American Quartet,” Schuller says. “It was an overlooked stage of Keith’s career, because right after that there was his European quartet, and then the solo piano recordings that really put him on the map. And then, of course, his trio with Jack DeJohnette and Gary Peacock. But this quartet had an edginess, an avant leaning that straightened out a bit in his European quartet.”

Guitarist Brad Shepik replaced Jensen for Like Before, Somewhat After, and helped Beckham to mimic Jarrett’s chords and voicings in the piano-less quintet on Schuller’s “Dew Point,” plus Jarrett’s “Rotation” and “Encore, b.” Percussionist Jamey Haddad joined the quintet on Schuller’s “Back to School,” plus Jarrett’s “Common Mama,” “De Drums” and the epic, two-part “The Survivor’s Suite.”

“‘Survivor’s Suite’ was one of the free-improv things Keith was doing with that band,” Schuller says. “And Jamey was one of the people who completely flipped out when that group was around. There were others who did, too, especially from the generation my brother [bassist Ed Schuller] was in, like Kenny Wheeler. Being a little younger, the only things I could draw on were the few YouTube things that surfaced. But I did go hear Dewey Redman and Charlie Haden with their own groups afterward. And Paul Motian became a huge inspiration to me as both a drummer and composer.”

Schuller says the absence of piano on Like Before, Somewhat After is purposeful. “It was actually handy not to have a pianist,” he says. “Tom is such a fluid vibes player, and knows that music so well, that I decided I didn’t have to. I like the combination of vibes and guitar. Tom and Brad gave the recording a certain pop intensity that I was looking for on some tunes.”

Circle Wide is one of several facets in the career of the 49-year-old Schuller.

He’s recorded and performed with Joe Lovano, Dave Douglas, Ran Blake, his Schulldogs band and Lee Konitz, and produced recordings for his brother, Luciana Souza, and Musillami. Schuller has also been busy lately co-producing a documentary called Music Inn for his GM Recordings label. The film is named for the Massachusetts venue that hosted concerts and seminars throughout the 1950s. The Schullers’ father, venerable composer and educator Gunther Schuller, was on the faculty of the School of Jazz while it conducted summer camps there from 1957-1960.

“The film took up most of the last five years of my life,” Schuller says, “while I was also trying to be a decent musician.”

Born in New York City in 1958, Schuller moved to Boston in 1967 when his father accepted a teaching position at the New England Conservatory. The percussive son earned a bachelor’s degree in Jazz Performance from NEC in 1982. Jazz was the soundtrack for the Schuller boys’ formative years, and they often met musical icons because of their father’s stature among them.

I was a sponge,” Schuller says. “A lot of great musicians used to come by, especially when we lived in New York, like Ornette Coleman and Bill Evans. Ed remembers those days better, since I was so young. But in Boston, at my father’s 50th birthday party, I remember that Cecil Taylor, Jaki Byard and George Russell all played piano.”