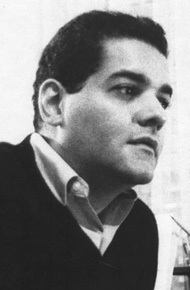 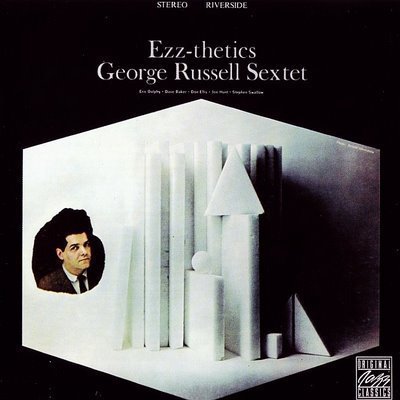 George Russell, a music theoretician, arranger, composer and pianist whose research laid the groundwork for modal jazz, died Monday night in Boston from complications related to Alzheimer’s. He was 86.

Russell was born in Cincinnati, Ohio, in 1923, and attended Ohio’s Wilberforce University (a school with an impressive list of jazz alumni), where he played drums in the Collegians, a local dance band. At 20 he was chosen to play drums in Benny Carter’s band, left school and moved to New York, but was replaced by Max Roach. Roach’s mastery impressed Russell so deeply that he decided to focus on writing.

After returning to Cincinnati, Russell honed his composition and arranging skills and eventually sold a piece to Carter. He returned to New York where he started writing for Dizzy Gillespie’s band at the height of the bebop era; he also became part of a coterie of young, theory-minded musicians and arrangers that included Gil Evans. One particular composition Russell wrote for Gillespie, “Cubano Be/Cubano Bop,” proved revolutionary in its fusion of bebop and Latin rhythms, becoming an archetype for Latin-jazz. Russell also demonstrated prescience with “A Bird in Igor’s Yard,” a pre-Third Stream ode to Stravinsky and Charlie Parker recorded by Buddy DeFranco in 1949.

Tuberculosis sidelined Russell from working with Gillespie, and he used an extensive period of hospitalization to begin the theoretical study that would yield, after years of research and reflection, 1953’s The Lydian Chromatic Concept of Tonal Organization. The book, a seminal investigation into modal improvisation, outlined the scalar (not chordal) model of improv that would take jazz in a new direction via albums like Miles Davis’ Kind of Blue.

The same year Kind of Blue was recorded, 1959, Russell used two of that Davis album’s personnel, Bill Evans and John Coltrane, for his own New York, N.Y., an eclectic, ambitious tribute to Gotham featuring rap-like spoken word by Jon Hendricks. Russell’s discography as pianist and bandleader also includes Ezz-thetics, the historic 1961 set with a formative Steve Swallow and Eric Dolphy (whose performance on “‘Round Midnight” is spectacular). In his liner notes for a 2007 reissue of the album, producer Orrin Keepnews wrote of Russell, “[He] may very possibly be the most brilliant musical mind ever brought to bear on our music.”

Beginning in 1969 and at the invitation of Gunther Schuller, Russell taught in the jazz program at the New England Conservatory. In 1986 he formed the Living Time Orchestra and, always a progressive, applied his very advanced arrangements to contemporary fusion and funk textures.

Russell was the recipient of an NEA Jazz Master Award in 1990, a MacArthur “genius” grant and two Guggenheim fellowships. He is survived by his wife, Alice Russell, a son and three grandchildren. Check back here for updates on a memorial service. According to a press release distributed Tuesday, no funeral has been planned.