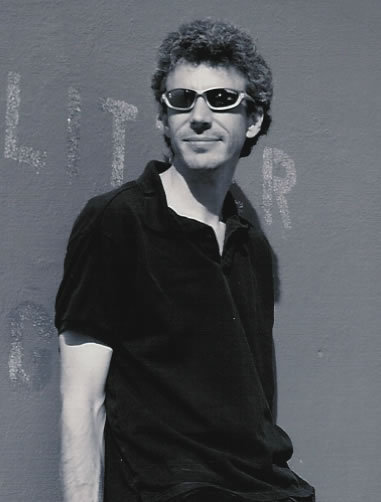 Saxophonist-flutist Gary Meek says that when he began working on his latest album, Step 7 (A440), he wanted to make a recording that would be able to be played on jazz radio, instead of trying to appeal to the shifting tastes of smooth-jazz radio. “I figured a good jazz record will get played on jazz radio,” says Meek. “With smooth jazz, you never really know what’s going to get played.”

While it’s not especially “smooth,” Step 7’s wide-ranging material will nonetheless appeal to a variety of tastes. The album includes such varied fare as a sassy reading of “Harlem Nocturne,” “Waltz for Mo,” Meek’s heartfelt tribute to his wife, Maureen, and “Toby’s Blues,” a lively, horn section-accented blues number named after his beloved border collie.

A busy sideman as well as a leader, the California-born Meek has performed with the likes of Jeff Lorber, Al Jarreau, Dave Weckl and Herb Alpert, whom he calls “a great friend and very supportive” of his career. Since 1986, he’s also been closely associated with Flora Purim and Airto Moreira, both as a sideman and as a member of their short-lived ensemble Fourth World. In fact, Step 7’s title track is a tune Fourth World used to play, and Purim and Moreira are prominently featured on Step 7; the latter plays percussion on most of the tracks, while the former sings on two tunes, including an elegant cover of the Chick Corea/Neville Potter composition “Time’s Lie” that she initially recorded on her 1976 release, Open Your Eyes You Can Fly. Says Meek of Moreira: “We communicate on a pretty deep level. He can tell by what I’m playing where I want to go and what I need him to do, and I can sort of do the same thing with him. We sort of move each other along and play together and play separately at the same time. It’s very unique when you can really develop that with somebody.”

Step 7 also includes a free-spirited version of “Be-Bop,” by Charlie Parker, whom Meek says is a huge influence. “By studying him, I basically learned how to play jazz, because his approach to bebop, his approach to jazz, was so incredibly logical and so incredibly melodic, and it just clicked with me. I said, ‘Oh, that’s how you do it. You make up another song to the song that’s already there.’ His solos to me always sounded like melodies, so it made it very easy for me to understand how to play jazz.”