Skip to content
Become a member and get exclusive access to articles, live sessions and more!
Start Your Free Trial
Home > JT Archives > From 4 Years Old to 84, A Jazz-Band Ball 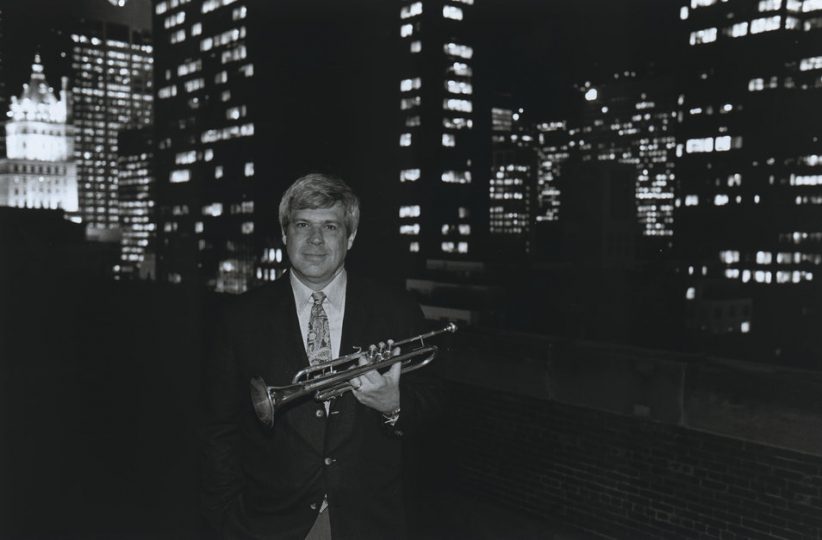 I listen to all the jazz-for-kids recordings that come in, with hope they’ll generate future audiences, and for my own kicks. Now, the most groovingly joyous of all the recordings I’ve heard has arrived: Randy Sandke’s Jazz for Juniors on Mat Domber’s Arbors Records, where Domber has often reminded us how much fun jazz can be.

Trumpeter-composer-leader Sandke, a global performer, tells me he’d been thinking about “exposing this current generation of young people to jazz since they’ll be the ones to keep this [music] alive,” when a critical development impelled him to gather Wycliffe Gordon, Wayne Escoffery, Ted Rosenthal, John Riley, Jay Leonhart, Ken Peplowski, Howard Alden and Chuck Wilson to play music (with lyrics and drawings) that would answer the question, “What is jazz?”

The critical motivation, he says, was “when my wife Karen and I adopted a newborn infant two years ago whom we named Bix. Bix showed that a love of music develops very early in life-even before any comprehension of spoken language.”

This music for juniors so lifted this 84-year-old columnist out of the gloom of my day job-documenting how President Obama is continuing the Bush-Cheney anti-Constitution legacy-that I decided to get a more age-appropriate second opinion from my 4-year-old granddaughter, Ruby.

I sent the CD to my daughter Mandy (Miranda), who is a pianist, singer,composer and music teacher. Mandy soon called with a glowing review: “Ruby loves it, and keeps playing it! And when one of the instruments is featured, she runs to her toy box, and if there’s an instrument like it there, she grabs it and joins in.” Mandy added her own review: “Brilliantly done! And what a band! The musicianship is so high.”

When I relayed the response to Sandke, adding my own wish that I still had my clarinet so I too could join in, he said, “It doesn’t surprise me at all that you’re still a kid at heart.” And, without a doubt, so are the musicians on this gig-including vocalists Allan Harris and Carolyn Leonhart. But then, so are jazz people of all ages. A recent Sandke discography, published by Dutch jazz scholar Gerard Bielderman, runs 52 pages, and I doubt any of those discs will be spinning as much in nurseries and children’s playrooms as Jazz for Juniors (and then again later as the kids grow up).

As Sandke says, “There’s really no age limit for Jazz for Juniors.” So even if you don’t have children or grandchildren, you may well be following the travels of Sandke’s jazz-playing animals as they search through the world for other animals to join their band. There’s Tiger Tiger who volunteers-in song and in the lively booklet-to define “jazz” for new listeners. “It’s a kind of music where you make up your own song as you go along,” he says. “Or you add onto someone else’s song in your own way. You’re free to put all your own feelings into the notes you play and tell your own story. It’s just like talking to your best friends and telling them how you feel.”

That’s why Tiger Tiger “boarded a steamship bound for Africa, where he’d heard there were many wonderful animals who loved to make music.” So he found, among other swingers, “An Elegant Elephant,” “The Hip Hippo,” “The Drummin’ Dromedary,” “A Penguin Who Plays It Cool,” “A Cockatoo on the Clarinet” and “The Blue Bison.”

By the way, when this CD is played on a PC computer (not a MAC), you-and the kids-can see a slide show with illustrations and music. But I remember, as a kid, how unleashed a youngster’s imagination can be-like when I listened faithfully every Saturday morning to the fairy tales on CBS Radio’s Let’s Pretend. I was inside those stories before there was television, let alone computers.

This CD, Jazz for Juniors, is a microcosm of this music all by itself. And I believe that as my grandchild Ruby and the other juniors grow up, they’ll be drawn for the rest of their lives to this music that was so resoundingly put into words by David Baker in the October 2009 DownBeat: “Most important of all, jazz is synonymous with freedom. Jazz embraces all that freedom stands for. There is the freedom to create on the spot that is given to the individual soloist. There is the freedom created within a group of talented individuals coming together, each approaching his or her respective role with a creativity that results in a whole greater than the sum of its parts. … [And] jazz musicians not only bring their great art to the population of the globe, they bring the concept of freedom that is the very foundation on which this music was created. That is what endures.”

Randy Sandke, his fellow kids at heart, and Mat Domber have opened the souls of who knows how many youngsters to lifelong delights in what Baker calls the “wonderful sense of anticipation on the part of both players and listeners alike, knowing that each performance-whether live or recorded-will present spontaneously created music combining elements of the familiar and the unexpected in new and exciting ways.”

With regard to Jazz for Juniors, Sandke says (and I, with applause, agree): “Fortunately Mat Domber went along with the idea and decided to record the project for Arbors Records.” If there is a Hall of Fame for jazz record producers, Domber should join Norman Granz among a few other nurturers of the jazz life.