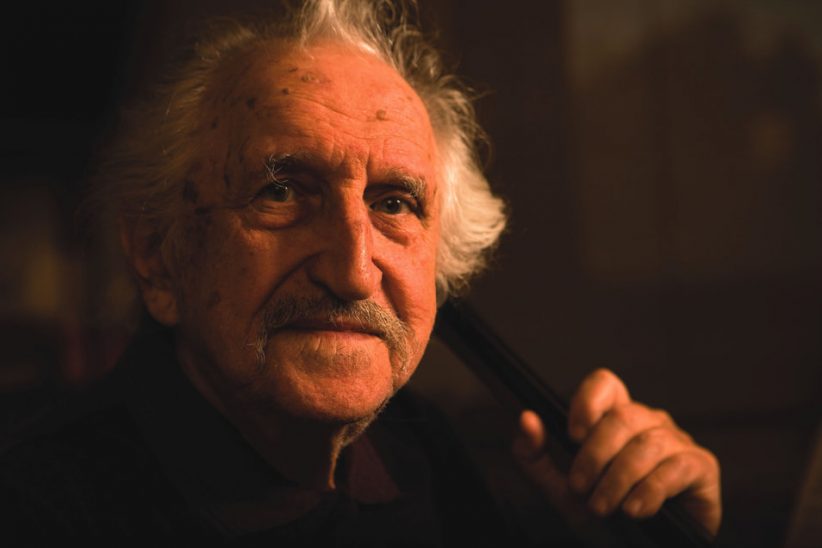 Given the title, one could be forgiven for dismissing Folk Songs for Far Out Folk as an Eisenhower-era goof. But Fred Katz, the first jazz cellist to explore the instrument’s potential for bowed improvisation, was utterly serious about the 1958 project, a brilliant orchestral manifesto in which he crafted three sets of arrangements for American, Chasidic and African folk tunes. Creating distinct instrumental settings for each musical world, Katz employed some of the West Coast’s finest jazz musicians, including Buddy Collette on flute, guitarist Billy Bean, trumpeter Don Fagerquist, trombonist Bob Enevoldsen, percussionist Larry Bunker, percussionist Jack Constanzo and pianist Johnny T. Williams (better known later as multi-Oscar-winning film composer John Williams). The strangely beautiful result was an album as naively sophisticated as Katz himself.

After languishing in obscurity for nearly half a century, the album was rescued from cult status by the Warner Bros. imprint Reboot Stereophonic and writer Josh Kun (who provides extensive, insightful, if sometimes off-key liner notes). In many ways, the album was a harbinger of jazz to come, expanding on Gunther Schuller’s embryonic Third Stream concept while anticipating the increasing interest in international musical sources. Loquacious and intellectually agile at 88, Katz was happy to talk about Folk Songs from his home in the Southern California suburb of Fullerton, where he’s lived since 1970.