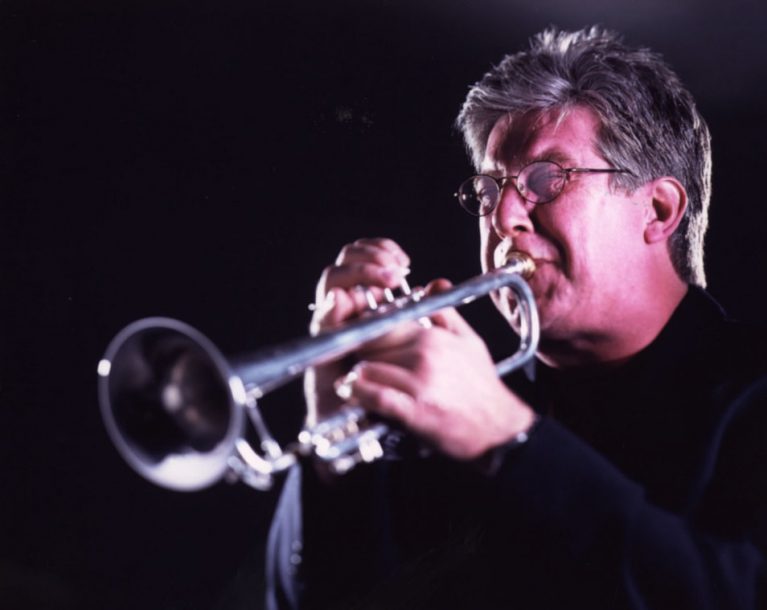 I love the spontaneity of jazz. Not only are you the performer, but the composer of this in-the-moment music,” says trumpeter Fred Forney.

After decades of classical training, countless symphony performances and years teaching high-school music classes, Forney’s conversion to jazz occurred unexpectedly. “While I was a teacher, I went to a Jamey Aebersold camp. When I came back to Phoenix, I switched my focus to jazz. I sold my classical equipment, and quit my teaching job and the symphony.”

It didn’t take long for Forney to immerse himself in jazz. He organized a quartet that played clubs and festivals. He became a first-call lead trumpeter for touring stars such as Ray Charles, Tony Bennett, Ella Fitzgerald and Mel Tormé. He also performed with Bill Watrous, Roger Kellaway, Bob Mintzer, Judy Roberts and Don Menza, and recently toured Japan with the Bobby Caldwell Big Band.

On his eloquent debut album for Summit, Into the Mist, Forney reveals a tonal clarity reminiscent of early Miles Davis, a melodic brilliance suggestive of Kenny Wheeler and a lyrical introspection evocative of Chet Baker. He wrote four of the tracks and arranged all nine for a mainstream album filled with sophisticated harmonies, imaginative solos and contrasting tempo shifts.

“There is romance, mystery and intrigue in jazz,” says Forney. “When I write, I’m trying to get the music in my body, soul and heart to come out.”

A variety of jazz genres are explored, from post neo-hard bop/avant garde to a Gil Evansesque orchestration with clarinet, French horn, trombone and bass clarinet. The instrumentation varies from duo to octet, performed by a core ensemble of pianist Chuck Marohnic, bassist Warren Jones and drummer Dom Moio, with guest spots by local musicians and New York tenorman Tony Malaby, formerly of Phoenix. In addition to performing and writing, Forney teaches at Mesa Community College, and is in demand as a clinician and adjudicator.