Skip to content
Become a member and get exclusive access to articles, live sessions and more!
Start Your Free Trial
Home > JT Archives > Frank Hewitt : Fresh From the Cooler 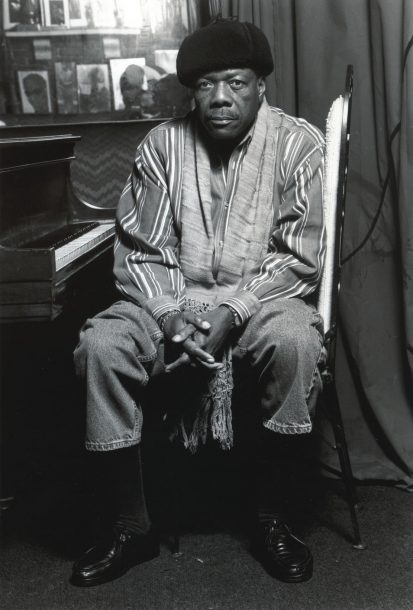 When Smalls, the label named for the funky and legendary Greenwich Village club, began releasing Frank Hewitt recordings in 2004, it was beautiful and sad. The beauty was the discovery of a major voice on jazz piano, a link that had been missing in jazz history, revealing new (but, once heard, necessary) relationships between Bud Powell and Monk and Elmo Hope.

The sadness was that these recordings, the first ones under Hewitt’s name, were released posthumously. Hewitt died in 2002 at 66, almost completely unknown outside the underground culture of the Smalls scene. The title of this album is a brutal reality check. In his last years, Hewitt often slept in a stripped-out walk-in refrigerator in the back of Smalls.

Fresh From the Cooler (with the brilliant young bassist Ari Roland and the late drummer Jimmy Lovelace) is Smalls’ fourth Hewitt title, but the earliest recording, from 1996. Hewitt’s blocky, chiseled sense of structure had an almost primitive directness, but there was nothing primitive about his harmonic ingenuity or his ability to be articulate at very fast tempos (e.g. “Cherokee”). Hewitt was a stylist in the highest sense. What he had to say necessitated that he invent a language of his own to say it. The gut-level authenticity of his heavy, dark piano notes, embedded in the air, makes most other jazz pianists sound like schoolboys.

In the liner notes by Luke Kaven, founder of Smalls Records, “I Waited for You” and “Conception” are called out as epic examples of Hewitt’s creativity. “I Can’t Get Started” is perhaps even more profound. It is an 11-minute process of personal meditation, and it discovers hard-bitten truths that the song’s composer, Vernon Duke (and anyone else who never lived in a stripped-out walk-in refrigerator) did not know were there.