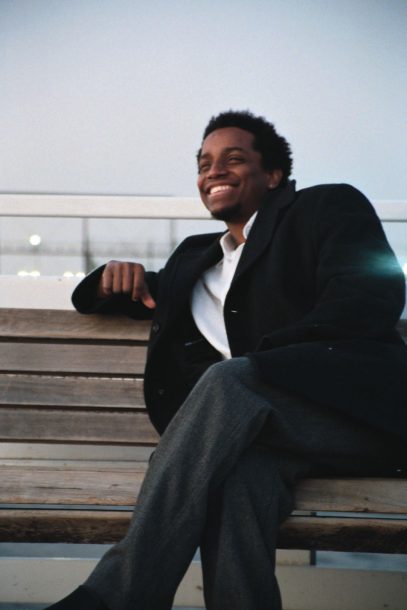 Like many musicians, drummer Francisco Mela is impatient with categories, but he’s willing to pin down his mercurial concept as “free jazz Latin.” With his second album as a leader, Cirio: Live at the Blue Note, the New York-based Cuban native continues what he started on Melao, his acclaimed 2006 debut, leading an all-star quintet through new compositions that draw strength equally from modern jazz harmony and Afro-Cuban rhythmic DNA. “I never want to lose that,” says Mela of his Cuban birthright, which guides him even as he embraces the legacy of drummer-bandleader heroes such as Elvin Jones and Roy Haynes.

The fact that Mela staffed his group with some of the strongest personalities in jazz today-guitarist Lionel Loueke, tenor saxophonist Mark Turner, pianist Jason Moran, bassist Larry Grenadier-speaks volumes about his own self-confidence as a leader. The goal with Cirio was to assert his own identity while featuring his sidemen to the fullest; hence his decision to include trio vehicles like “Channel 2” (for Turner), the romantic “Maria” (for Moran), and the trickily syncopated “Benes” (aka “Benny’s Tune,” for Loueke) in addition to full-band numbers such as “Tierra and Fuego” and “Afro Son.”

“Trio is the perfect number to do interesting and experimental things in music,” Mela notes. “I didn’t want the sound of a full quintet the whole time. In this band everyone is a strong leader, and I know they do their best leading their own trios. So that was my strategy, to make them feel good. If you make people around you feel good, they’re going to appreciate it and play your music the way you want to hear it.”

That intuition serves Mela well in his own sideman work, including current stints with Kenny Barron and Joe Lovano. “Mela is a very important part of my new quintet US 5 because of his open, flowing approach,” Lovano says. In this two-drummer band, Mela faces the added challenge of facing off with Otis Brown III. “At the beginning we thought it would be a competition,” Mela offers, “but Lovano didn’t want that. He said, ‘Otis, you play with Mela; Mela, you play with Otis. Don’t play against, play together.’ So now we’re trying to sound like one drummer.” At presstime, the group is scheduled to play an engagement at the Village Vanguard in November, followed by studio time to record.

Mela’s humility is more than evident when he talks about Kenny Barron. “Kenny is my light-he’s the light that I needed, the light I’d been dreaming of. Every day I learn something. You listen to him play a ballad, you say, ‘Wow, I gotta get my brushes together, my ride cymbal, my comping.’ This guy’s calling me to play with him when I don’t know if I’m ready. And this is the beauty. I’m just trying to do what I can do the best way I can.”

On a gig like this, Mela has to draw on swing and Latin vocabulary while avoiding all pigeonholes, as he demonstrates on The Traveler, Barron’s latest Sunnyside release. “When people like me play, everybody says, ‘Oh, this is a Latin-jazz guy,'” Mela reflects. “But if I want to play with people like Joe and Kenny and John Scofield, I need to make clear that what I’m playing is not Latin, is not jazz, it’s something very free with all that in it.”

As for his own compositional voice, Mela focuses on exactly that-his voice. And given how he generates ideas by singing them first, it’s logical that singing has figured into Mela’s performances as well. There are haunting Yoruba vocal passages on “Parasuayo” from Melao, “Urick Mela” from Cirio and “Phantoms” from The Traveler. With encouragement from Anat Cohen, Mela also opted to sing a full song for the first time on record, a rendition of Silvio Rodriguez’s “Pequeña Serenata Diurna” that features Loueke to great effect. (Miguel Zenón ventured his own arrangement on 2001’s Looking Forward.) Here especially, one can appreciate the ties that bind Loueke and Mela, two players from different poles of the African Diaspora who use vocals to advance their take on jazz and ethnic heritage. The two plan to start a duo project.

There are strong personal currents everywhere in Mela’s music. In his liner notes he describes Cirio as not just a CD, but “a family object.” The title track, full of tonal ambiguity and episodic abstraction, is named for his late father. “Maria” is for his mother, “Urick Mela” for his newborn son. As the father of 12-year-old Yadan as well, Mela is no boy wonder-he turned 40 this year. One could mistake him for a man 10 years younger, at least. “I just keep smiling and dancing and playing music,” he says. “That’s my secret.”