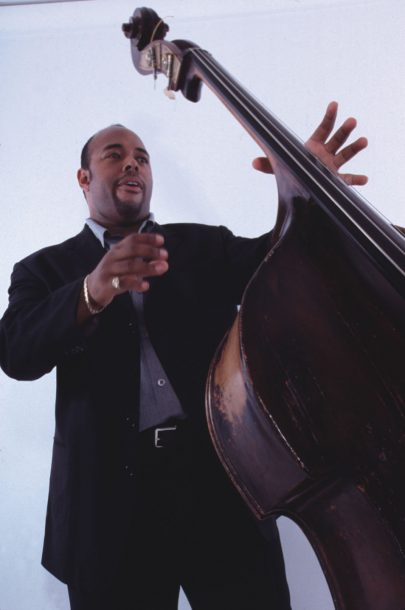 Trombonist Julian Priester’s contributions and collaborations to and within the world of jazz have earned him not just the respect and admiration, but also the affection of those he has touched along the way. And so there was a sense of relief and celebration in the air when Priester returned to performing, at a benefit to defray some of the costs of the liver transplant he underwent last year. To be more accurate, the ingredients were relief, celebration and a huge helping of talent-including a reunion of the legendary Herbie Hancock Sextet from the ’70s.

The evening opened with a sextet led by drummer Babatunde Lea, featuring Wayne Wallace, Angela Wellman and Danny Armstrong on trombones, Glen Pearson on piano and Jeff Chambers on bass. Wallace’s sly plunger solo led into a beautiful “In a Sentimental Mood,” which built up to an ebullient “March of the Jazz Guerrillas,” on which they were joined by the man of the hour.

Priester then kept to the stage as the sounds of a distinctive tenor made their way to the fore, followed by Sam Rivers in the flesh. Rivers, who had made the trek from Orlando to participate, brought all his extraordinary gifts for melody, texture and dervish harmonies. The interlacing of saxophone and trombone was marvelously composed: Priester provided a muttering subtext for Rivers, and then struck boldly with Rivers in support. A sense of peace built up as they framed their of-the-moment counterpoint in rich, poignant dyads. Rivers moved to the piano to introduce his “Beatrice” and those present were duly moved. The piece has only gotten more beautiful with time, and this performance did it full justice.

Following an intermission that seemed like a rest between courses at a large family feast, pianist Billy Childs came out with bassist Christian McBride and drummer Terri Lynn Carrington. They opened with “You and the Night and the Music,” and Childs quickly established himself as a distinctive pianist who has absorbed a great deal of Hancock’s approach but who takes it his own way. Over Carrington’s playful drive, McBride added another layer of propulsion before launching into a magnificent solo in which articulation, intonation and ideas never faltered. Benny Maupin joined them on bass clarinet and Buster Williams on bass, with Maupin echoing Dolphy briefly but reverently; two such adept bassists easily found consonant pathways through a region rich in time. Eddie Henderson brought his flugelhorn to the stage for a joyously uptempo take on Waller’s “Jitterbug Waltz,” which led to Wayne Shorter’s classic “Footprints,” with Childs and McBride leading the way down that verdant virtual beach. With anticipation climbing, Priester returned to the stage as the band showed off in a 7/4 blues, with Carrington’s instincts a constant spur to the soloists.

Then they were all on stage and the names that contributed to the magic of that time seemed to hang in the air: Pepe Mtoto Julian Priester, the man of the moment; Mwile Bennie Maupin; Mganga Eddie Henderson; Mchezaji Buster Williams; and the master, Mwandishi Herbie Hancock. Jabali Billy Hart, whose drumming was so much a part of that ensemble sound, was on tour in Japan and could not make the event; Terri Lynn proved herself quite up to the task. Williams set the stage with arco musings that carried Herbie inside the piano, making a zithery bed for the gorgeous match of alto flute, flugelhorn and trombone for “Speak Like a Child.” Hancock’s mastery, in this setting and across the broad spectrum of music he has made, has never flagged; we may hope his influence holds as strong as it has been. Williams once more cleared the decks, allusively building toward the distinctive 8+7 figure of “Ostinato for Angela.” Herbie turned to the Fender Rhodes, perhaps the signature instrument of that era and where he has his most distinctive touch. Hancock’s skills as an arranger tend to get lost in the texture of his dance music or in the opulence of his Gershwin project, for example, but this sextet provided both clarity and depth for his music and for the listener. To hear this band together again, even so briefly, confirmed its stature in this music, and outran nostalgia in doing so.