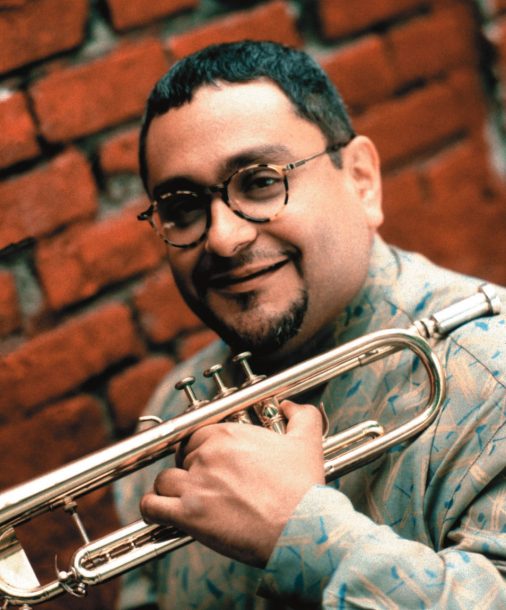 It may not have the reputation of other, more high-profile, annual European festivals but this 26th edition of the Bern Jazz Festival, run by Hans Zurbrugg and his wife, Marianne Gauer, proved that in terms of scope, production and presentation it deserves to be ranked among the best.

In Bern, the capital of Switzerland, festival headquarters is the Hotel Innere Enge, a most comfortable, 52-room establishment. There are rooms named for, and dedicated to, Lionel Hampton, Louie Bellson, Wild Bill Davison and Milt Hinton. One for Dizzy Gillespie is in the planning stage. We were delighted to stay in the Hinton room, its walls decorated with photos of Milt, his awards and other memorabilia. In the hotel’s basement one finds Marian’s, a handsomely appointed jazz club that doubles as a mini-museum.

Several of the groups from the main festival, also appeared at Marian’s during the course of the festival. The main venue was the Kursaal, a large complex which houses, in addition to its imposing performance space, other music rooms, many restaurants and snack bars, and a casino.

One of the highlight concerts was to be a tribute to John Lewis, a Bern performer in the past who had been scheduled for 2001. Hank Jones, filling in for Lewis and given the tribute assignment, decided he could best remember Lewis by playing material from the time in which John came up and flourished, rather than interpreting Lewis’ music. He preferred to leave that to the Heath Brothers who followed on that evening’s program.

With guitarist Frank Vignola, bassist Peter Washington and drummer Lewis Nash, Jones applied his masterly touch and effortlessly accurate swing to a varied repertoire that moved from “Seven Come Eleven and “Caravan” to J.J. Johnson’s “Lament” and Charlie Parker’s “Scrapple From the Apple.” There were also rarely heard gems such as Mary Lou Williams’ “Lonely Moments” and “Lady Luck,” a Thad Jones-Frank Wess collaboration on the changes of “Taking a Chance on Love,” and Hank’s own modal “Interface.” Tribute accomplished through a thoroughly artistic set.

The Heaths (Jimmy, tenor and soprano saxophones; Percy, bass; Tootie, drums; and Jeb Patton, piano) made sure there was no let down. There was “Winter Sleeves,” a takeoff on “Autumn Leaves”; Jimmy’s songful soprano on “Day Dream”; and Percy’s tribute to John Lewis, a collaboration with Patton for a moving “Django.” The bassist became emotionally caught up as he neared the end of the piece. “I didn’t break down when I played at St. John the Divine [the memorial service held for Lewis at that cathedral in April] but I almost didn’t make it to the end of the last chorus,” he said after the set. From where I was sitting the tears weren’t visible but I could feel them in my ears.

Ray Brown, who is presiding over a traveling, yearlong celebration of his 75th birthday (actual natal day, 10/13), had pianist Larry Fuller and drummer George Fludas in his trio. After a spirited reading of Johnny Hodges’ “Squatty Roo,” the four guest stars who part of Brown’s entourage-violinist Regina Carter, flutist Holly Hofmann, trumpeter Nicholas Patyon and vocalist Kevin Mahogany-came on one at a time for two features apiece. Mahogany, a most musical singer (he is also a saxophonist) did right by one of the great ballads, “Skylark,” and Ray’s magisterial hands seized “A Day in the Life of a Fool,” gilding it with a quote from “La Cinquintaine” (“Golden Wedding”) along the way. The finale, with all seven on stage, was a meaty sandwich: Wes Montgomery’s “West Coast Blues” between slices of “All Blues.”

The groups of Ray Vega and Mario Rivera truly validated “Pure Latin Jazz Night,” the brainchild of festival board member Jacques Muyal. So many so-called Latin Jazz groups are strong on rhythm, hence danceability, and weak on thematic content and interesting soloists. Vega’s outstanding trumpet led his band’s way through “Mr. P.C.”; Harold Land’s “Daphne”; a mellow version of “The Peanut Vendor” which built to a climax; and Kenny Dorham’s “Lotus Blossom.”

Rivera, leader of the Merengue Jazz Group, and known for his work with Tito Puente, Chico O’Farrill and Dizzy Gillespie’s United Nation Orchestra, is a musicians’ musician and a multi-threat man: all the saxophones, trumpet, flutes and vibes. Pianist Arturo O’Farrill was outstanding throughout the set. Flutist Dave Valentin, who first guested with Vega, came back to engage Rivera in a flute battle that stoked the competitive spirits in both. The Vega and Rivera bands then met for an uproarious finale of Puente’s “Oye Como Va.”

In the overall view, however, the star of the festival was Clark Terry, from his turn with the Heaths on Jimmy’s “Gingerbread Boy” to a “One O’Clock Jump” with Bob Wilber and the Tuxedo Big Band; and an appearance with the Netherlands Metropole Orchestra (led by John Clayton) which also interacted with the New York Voices and the Ray Brown Trio. The most and best of all for Terry was the set in which he joined the George Robert Quartet, the post-midnight group that appeared in the Kursaal’s Barrelhouse. I lucked out the one night I decided to hang after the main concert. Robert, the fine Swiss alto saxophonist who has toured with Terry, and the Phil Woods big band, led a strong group with great rapport: pianist Andrea Pozza (from Genoa); American expatriate bassist Reggie Johnson; and drummer Peter Schmidlin, from Montreux, who also happens to be the head of the TCB label.

The quartet burned “Dewey Square” and romanced “Polka Dots and Moonbeams” before Clark suddenly appeared. His flugel lit up “In a Mellotone” and with the ensuing “Perdido,” he and Robert showed how well they knew one another with a dazzling, arranged unison section played from memory. Terry’s double-timed improvisations on “My Romance,” after a ballad tempo melody statement, were breathtaking. “Over the Rainbow,” as a fast samba, levitated the bandstand and set went out on a riff blues, C.T. adding some hilarious Germanesque “mumbles.”

At 80, Clark Terry need make no apologies for his age.