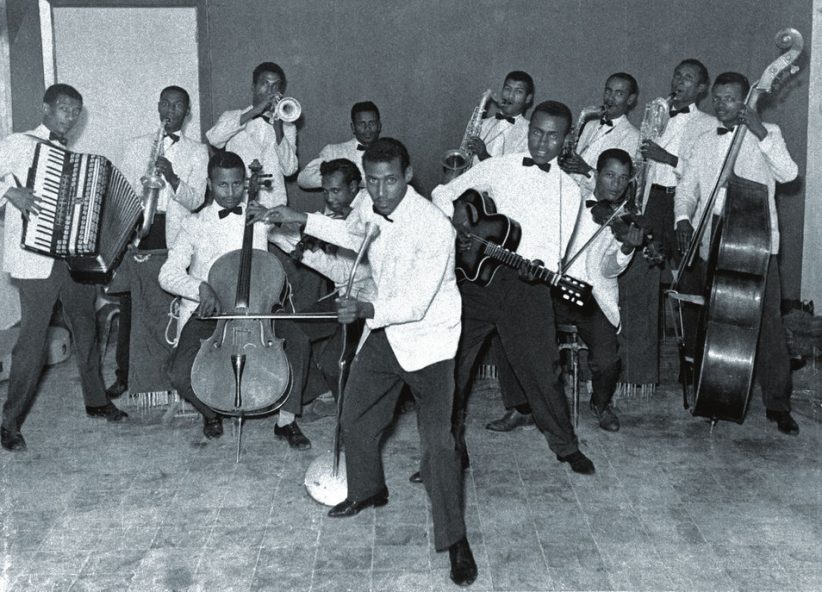 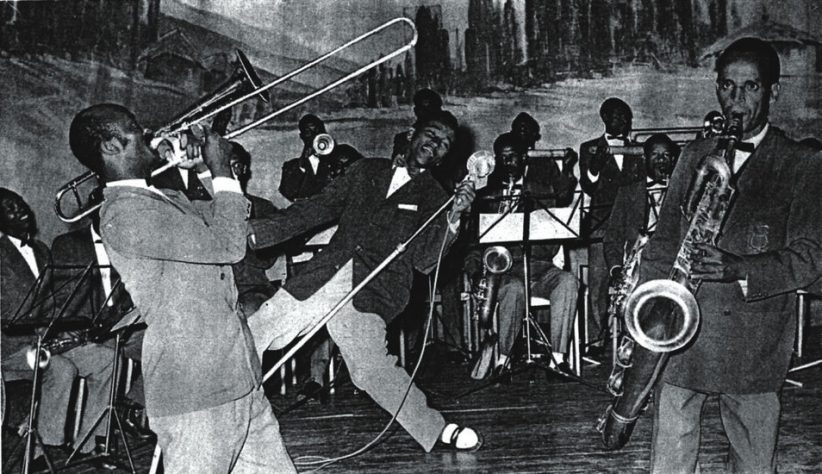 How did the music of Ethiopia, one of the cradles of civilization, remain under the shadow of its fellow African nations Nigeria, Zimbabwe, Mali and South Africa, who have had musicians achieve worldwide renown? For starters, Ethiopia is a nation almost twice the size of Texas that, save for brief occupation by Italy in the run-up to World War II, has enjoyed over 3,000 years of sovereignty. With that level of autonomy naturally comes a degree of chauvinism and even xenophobia, and Ethiopian culture and music in particular developed almost exclusively under the iron hand of Imperial censorship and proscription-which also helped cause severe famines, political turmoil and a debilitating border war with its former eastern province of Eritrea.

A military coup led by Lieutenant-Colonel Mengistu Haile-Mariam gained control of Ethiopia and turned it into a military state in 1974. Most of Ethiopia’s industries were nationalized, a one-party-state was established and agriculture collectivized. The dark age ushered in by Haile-Mariam, which was to last some 18 miserable years, also had tremendous deleterious effects on another local industry: recorded music.

The main body of Ethiopian recorded music was produced in roughly a 10-year span, from about 1969 through 1978, but the unmitigated repression of the military regime meant that the treasure trove of Afro-pop, swing and blues assembled on wax would stay virtually buried until a few years ago when Paris-based Buda Musique began its Ethiopiques series. The 18 discs (to date) highlight the iconic soloists and combos of modern Ethiopian music, locals with tongue-twisting names and plaintive yet authoritative wails that demand the listener’s attention. A gamut of Western styles, from swing to funk and soul, resonates throughout these discs. But how did the West penetrate the seemingly impenetrable veil of Ethiopian isolationism?

First, a failed coup attempt against Emperor Haile Selassie in 1960 spurred the potentate to begin to loosen the state’s viselike grip on cultural expression. Before this, orchestral tradition, such as it existed, was confined to army or police bands (which can be heard on volume three of Ethiopiques). All of the solo artists featured on the Ethiopiques series cut their musical teeth in these institutions, which blossomed largely under the tutelage of two Europeans, notably Armenian Nerses Nalbandian, who had been a resident in Ethiopia since the mid-1930s. Meanwhile, U.S. Armed Forces Radio set up in the eastern end of the country, and the strains of jazz and blues filtered into an as-yet largely indifferent populace.

In the postcoup world, the music entered an explosive period of output and creativity. The Amha label’s catalog numbers more than 500 45s and no fewer than 30 albums, and the Ethiopian capital, Addis Ababa, developed a club and live performance scene that was easily the rival of London or New York. Fledgling musicians rapidly progressed to become master stylists and even legends, such as Tlahoun Gessesse, featured on the 17th volume, who is known throughout Ethiopia as “La Voix” or “The Voice.”

All that proved to be a mere shaft of light before impending darkness with the rise of Haile-Mariam and his military junta, the Derg. Mengistu was well versed in the Ethiopian lyric tradition of song lyrics that are double-entendres speaking to romantic and political themes, so he set about silencing the Ethiopian swing. Curfews brought the capital to a virtual standstill, and censorship put and end to new vinyl recordings by 1978 (they were supplanted by cassettes, but the tapes were largely poor bootlegs of the earlier material). Jailed, discredited and otherwise harassed, many of the musicians went into exile, and the sun set on Swinging Addis.

The world owes the reemergence of this body of work primarily to the persistence of Buda’s Francis Falceto and the defiance of maverick Ethiopian producer Amha Eshete, under whose Amha records imprint the material was originally recorded. Ignoring a longstanding governmental decree requiring all publications or recordings to be subject to a permit from the Ministry of Information, Eshete had set himself up against the monolithic Dutch record-manufacturing giant Philips as well as corrupt imperial officials. He eventually fled from the Derg regime, and Falceto says that tracking him down took some doing. “It was in 1987 that we first hatched the idea to try to locate Amha and convince him to rerelease the collection,” he says, and over the next decade they outlasted the dictatorship, which fell with the Soviet Bloc, and methodically assembled and restored the masters.

The stunning results are a kind of auditory monument to Ethiopian groove, encompassing everything from the traditional musings of the azmaris (the Ethiopian minstrel class largely scorned by the middle and upper classes) to the Latin and calypso-laced sounds of Ethiopian emigre vibraphonist Mulatu Astatqe. While some of the music is informed by jazz, especially on volume four (Ethio Jazz & Musique Instrumentale, 1969-1974) and volume eight (Swinging Addis), Falceto says, “the jazz tradition is not very rooted in Ethiopia. Of course, there are some musicians of today who pay deep interest into jazz, but the general mood and taste of the Ethiopian audience is so nationalist that it does not leave too much space for jazz expression on the Ethiopian market. Even a great innovative artist like Getatchew Mekurya doesn’t have a particular culture about jazz. He doesn’t know Ornette Coleman, Albert Ayler or Archie Shepp. He doesn’t even have a CD player at home. It’s just because my own background is related to improvised and experimental music that I could point out the similarities between Getatchew’s music and free jazz.”

Falceto says that at least 25 Ethiopiques discs are planned, and this should in time play an incalculable role in spurring international interest in the country’s groove, which in turn may lead more Western musicians to the African rift valley and eventually to another, more permanent, Nubian cultural sunrise.