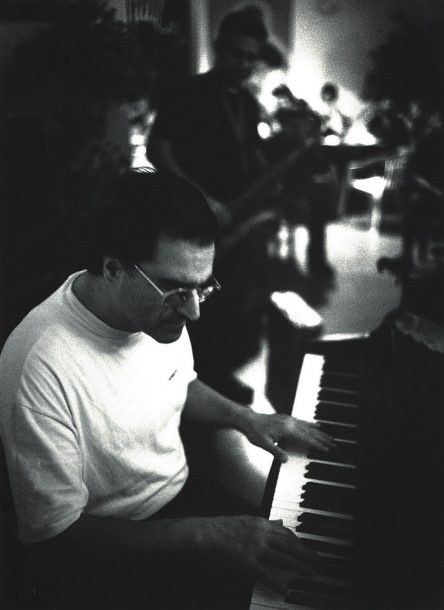 Of jazz musicians-deserving-wider-recogni -tion, Italian pianist Enrico Pieranunzi ranks highly. A technically gifted player, a lyrical phraseologist and a warm, probing improvisational voice, Pieranunzi has been making great music across the Atlantic for decades. Along the way, he has played with fine European players, and such notable Yanks as Chet Baker, Art Farmer, Lee Konitz, Marc Johnson, Joey Baron, and Charlie Haden.

In short: Pieranunzi is a sizable force on the jazz piano scene, even if in the margins of the domestic “marketplace.” Remember the name, get lost in the music.

His father was a jazz guitarist, and Enrico fell in love with jazz early, but studied classically. “For awhile, I felt a bit of that Dr. Jeckyl and Mr. Hyde situation,” he says, from his home in Rome, “a conflicted musical relationship. But after awhile, I felt that jazz is my music and improvisation is really my way.

“At the same time, I used my classical background to work around the sound of the piano, and in my compositions, people sometimes say that there is a classical flavor.” Concurrent with his jazz career, he taught at the conservatory for 25 years, retiring last year to devote himself to his own music.

Pieranunzi has recorded for many labels, including a new association with the Dutch Challenge label, kicking off with Don’t Forget the Poet. The quintet date revisits older originals from his piano trio songbook, “that I thought deserved to be heard played by horns. The melody is really now much more clear and, you could say, singable.”

Over time, his strongest affiliation has been with the Italian Soul Note label, building up a sizable, diverse and important body of work. 1995’s Flux and Change, for instance, is an engaging duet with Paul Motian, with the pianist’s freer instincts emerging. Free playing, he explains, was once “a more specific language, but now there is a very big mixing of all languages-classical influences, ethnic influences, and free playing, another section of the up-to-date jazz musician’s vocabulary.”