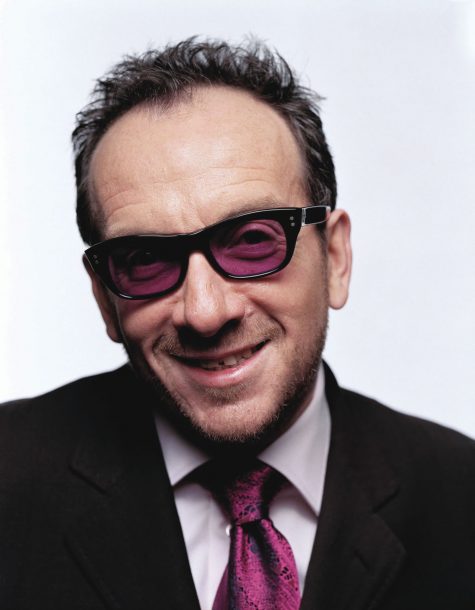 Among Sinatraphiles, it’s generally agreed that of his 16 or so career-defining Capitol albums, 1955’s darkly reflective In the Wee Small Hours was the high-water mark. A notable departure from the finger-poppin’ hipsterism that defined so much of his mid-’50s sound, Wee Small Hours (widely assumed to be a brokenhearted valentine to Ava Gardner) is Sinatra laid bare, wounded and vulnerable. Similarly, Elvis Costello’s North (Deutsche Grammophon), his first full-length foray into jazz crooning, should eventually be regarded as the apex of the 49-year-old musical chameleon’s mid-career.

Like Hours, this CD is, quite purposefully, painfully slow. Also, as Hours was to Sinatra, it is Costello’s most deeply personal and introspective album to date. North, too, is a valentine, though a more cunningly crafted one. Where Hours was gorgeously, relentlessly gloomy (a dejected “Can’t We Be Friends?” and a plaintive “I’ll Be Around” are as upbeat as Frank could manage), Costello shapes a more intriguingly shaded, and ultimately quite joyful (almost to the point of giddiness-surely a first for the perennially somber Elvis) story arc.

The first few tracks, particularly the self-pitying opener “You Left Me in the Dark,” echo Hours’ despondency. “You left me standing alone/Although I thought we could not be parted,” he pines. The disconsolation continues through “When Did I Stop Dreaming?” and “You Turned to Me,” reaching a crescendo with the autumnal “Fallen”: “You can convince yourself of anything/If you wish both hard and long/And I believed that life was wonderful/Right up to the moment when love went wrong.” By this point it’s hard not to wonder why Costello, supposedly head over heels in love with the stunningly talented (and all-around stunning) Diana Krall, is languishing so far down in the romantic dumps.

The album is, as eventually becomes obvious, a glorious bouquet to his fiancee. With “Still,” the mood begins to brighten (though the tempo remains dirgelike). “I want to kiss you in a rush/And whisper things to make you blush,” he gushes, then shruggingly admits in “Let Me Tell You About Her” that he’s become one of those annoying types who drive friends crazy by blathering on and on about his new love. “Can You Be True?” celebrates Costello’s amorous good fortune; and, in the closing track, he gleefully admits “I’m in the Mood Again,” cooing, “You took the breath right out of me/Now you’ll find it in the early hours/In a lover’s song.” But there’s more to the story. To complete the cycle, you’ve got to download the title track from the Internet (which you can only do once you’ve purchased the disc and retrieved an access code). There all is revealed, with Costello getting downright mushy as he sings the praises of Krall’s northern homeland (and by extension, of course, of Krall herself), exalting Canada as “a place when dreams begin and life can start.” Self-indulgent? Perhaps. Quirky? Sure (this is still Elvis Costello). Brilliant? Unquestionably.

Still, the album’s tremendous worth may not be immediately apparent to even diehard fans. Perhaps that’s why Costello explained in a Guardian interview that any musical venture beyond his usual (albeit remarkably broad) parameters isn’t intended to be “better than rock or soul or whatever; it just isn’t those things. I’m not asking everybody to come along for this ride, but it would be nice if they listened with an open mind.”

Do so and the rewards will be tremendous.