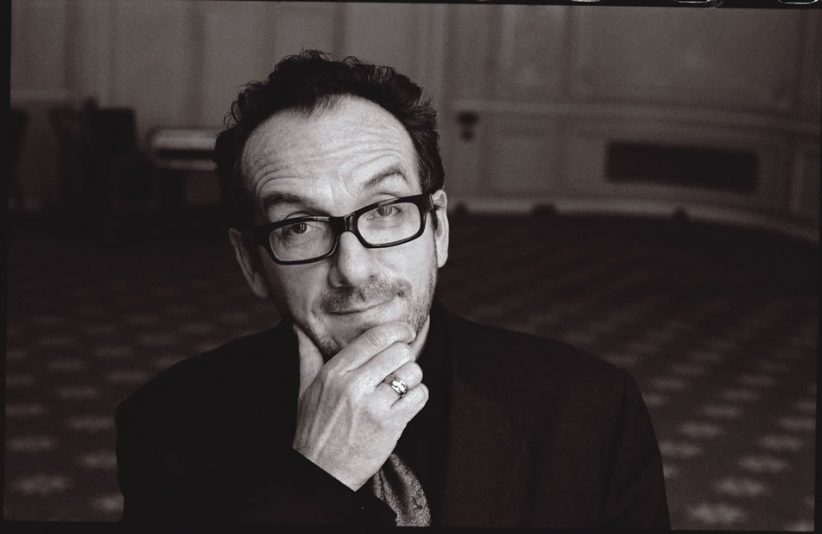 Just when it seemed Elvis Costello couldn’t possibly have any new tricks up his sleeve, along comes this double-disc set to reconfirm his status as the most cunning musical magician of the past quarter-century. Treating these two discs as a set is, though, like saying a tricked-out T-bird and a Bentley are the same because they happen to be parked side-by-side in a double-car garage. As distinct as they are individually inspired, they serve to explain, says Costello, “what I’ve been doing during the last 12 years when I haven’t had an electric guitar in my hands.”

The first disc finds Costello playing live in the Hague in the company of the 52-piece Metropole Orkest, performing musical alchemy while slipping in and out of various guises. There’s Elvis a la Fred Astaire in The Band Wagon’s “Girl Hunt Ballet,” scouring a kaleidoscopically hip underworld with “Hora Decubitis” (just one example of his fitting of lyrics to Charles Mingus compositions). There’s Elvis tapping his inner Louis Prima on a jump, jive ‘n’ wail “That’s How You Got Killed Before.” There’s Elvis the latter-day Tropicana headliner, shaping “Clubland” as a stomach-churning rollercoaster of a Latin waltz. There’s Elvis channeling a boppin’ Elliot Ness chasing long-legged dames through the ’round-midnight fog of “Watching the Detectives.” There’s Elvis paying dazzling homage to Duke Ellington (whose landmark soundtrack for 1959’s Anatomy of a Murder is cleverly mirrored in the album’s cover art) with the smoking-gun title track, adapted from Billy Strayhorn’s “Blood Count.” There’s Elvis the Sinatra-worthy crooner, stripping away all artifice for nakedly profound readings of “Almost Blue” and “God Give Me Strength.”

Then, turning the tables a full 180 degrees, there’s the companion disc, featuring a 45-minute suite from Il Sogno, Costello’s first full-length orchestral work. As fairy-tale gossamer as the first disc was angularly gutsy, this rich reimagining of Shakespeare’s A Midsummer Night’s Dream, originally commissioned by the classical Italian dance ensemble Aterbaletto, is sure to perplex and bemuse Costello fans whose appreciation of his shape-shifting genius began with My Aim Is True and ended with Trust. Instead, I simply see it as further proof that, as the ever-provocative father of inspired reinvention, Elvis is king.