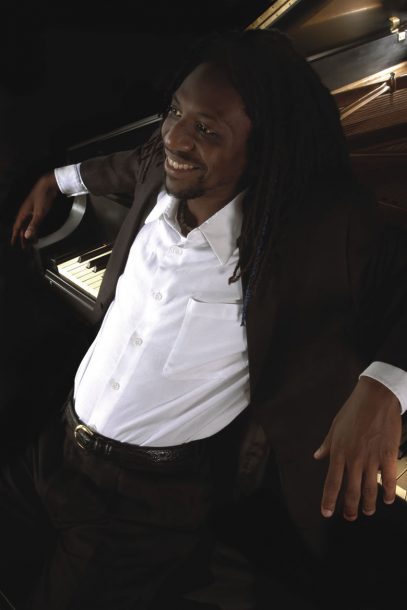 As the Smithsonian issues Elio Villafranca’s second book, Cubano!: Evolution of Popular Cuban Piano Styles, here’s hoping that attention will also be paid to Incantations Encantaciones (Pimienta). Villafranca’s debut CD features stellar solos and ensemble playing by Jane Bunnett, Pat Martino and Terell Stafford, with drummer Dafnis Prieto, bassist Carlos Henríquez and conguero Wilson “Chembo” Corniel. “If I had used only Cuban musicians in this recording,” Villafranca says, “it would have been purely Cuban and inherently limited. The goal was to create a cultural and musical fusion, a sound and a Pan-American language featuring jazz, European and regional influences. This strategy demanded that the group congeal through the process of fusing each individual’s talents rather than through coming together to vibe in one obvious Latin groove. I preferred to integrate jazz figures with little experience in Latin music, mixing them with Puerto Rican, Canadian and Cuban musicians.”

Consequently, in “Cacique,” a manysided Villafranca composition fashioned after melodic ideas from Coltrane’s “Miles’ Mode,” Schoenberg meets indigenous Afro-Cuban religious rhythms and instruments. “If Coltrane or Mingus had attended Santería rituals in Cuba,” wonders the pianist, “what would they have done?” Similar queries lie behind the nub of many of his jazz compositions.

Such panoramic musical retrofitting has been hanging about in Villafranca’s thoughts ever since his student days in Cuba when, while pursuing advanced studies in composition and percussion, “Sergei Prokofiev became, and remains, one of my main musical influences.” He has, however, much street in him. It was in the boulevards of his native Pinar del Rio that music, dances and dialects of Congolese heritage were to ease him into the assorted African vestiges surrounding his childhood. Growing up next door to a local cultural center with unhindered access to all of its activities, by climbing on a patio fence, surely helped to develop his loaded, technically superior, sharp and romantic pianism. In that last regard, the highly evolved melodic underpinnings of this self-avowed aficionado of romantic music are most evident in the title cut and the bluesy “Something Nice to Say About You.”

Villafranca readies, from his Philadelphia base, to strengthen his incipient hold on the New York scene. “I want my music to be good, meaningful, to transmit a message and to reach people.”