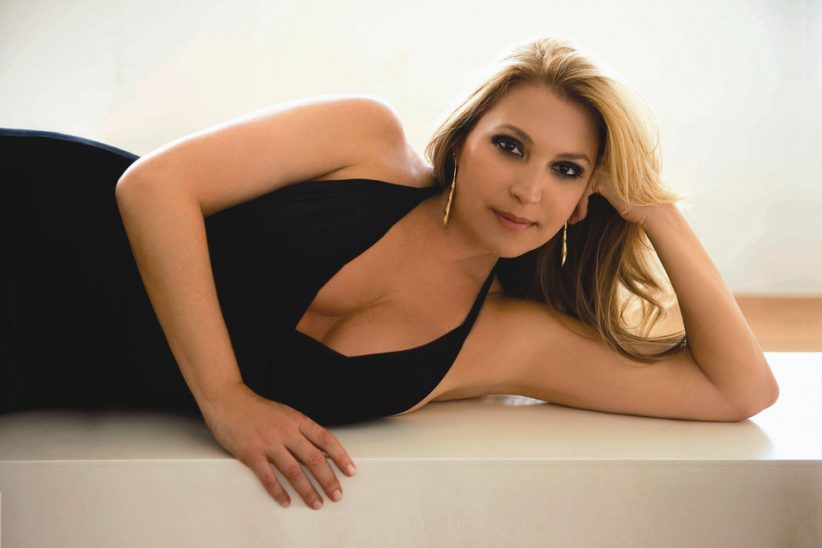 Since the 50th birthday of the bossa nova was officially celebrated in 2008, some might think Eliane Elias has arrived, gift in hand, a little late to the party. In fact, Bossa Nova Stories, recorded in New York (with the orchestra, added to half of the 14 tracks, recorded at London’s Abbey Road Studios), was released last year overseas and is only now landing on American shores. Among contemporary Brazilian jazz artists, it is hard to imagine a better choice than Elias to lead such a celebratory album.

Chronologically, she is two years younger than the bossa nova and two years older than Antonio Carlos Jobim and Vinicius de Moraes’ iconic “The Girl From Ipanema,” the song that ignited the worldwide bossa-nova craze. Musically, with her honeyed voice, dense and luxurious as the finest Aubusson carpet, her equally sumptuous appeal as a pianist and her skill for subtle, cozy arrangements, Elias seems the living, breathing extension of the oxymoronic plush minimalism that defines bossa nova.

Working alongside four other noble ambassadors-drummer and percussionist Paulo Braga, bassist Marc Johnson and, sharing guitar duty, Ricardo Vogt and the singular Oscar Castro-Neves-she navigates all of bossa nova’s touchstones. There is “Chega de Saudade,” the Jobim-de Moraes masterpiece that, as interpreted by João Gilberto in 1958, signaled the birth of bossa nova from the more muscular samba. There is, of course, “The Girl From Ipanema” and “Desafinado,” and Gilberto and João Donato’s frisky “Minha Saudade.” Ivan Lins is lovingly acknowledged with a silken reading of his “I’m Not Alone” (with Lins himself twining voices with Elias). And, reminding us that wide swatches of the Great American Songbook have, over the years, been refitted as bossa novas, there are shimmering renditions of “The More I See You” and “Day by Day” (both re-popularized in the bossa style by slight-voiced Mexican-American Chris Montez in the mid-’60s), plus the Gershwins’ “They Can’t Take That Away From Me” and a double dip into the Johnny Mercer songbook for “Day In, Day Out” and “Too Marvelous for Words.”

Even Stevie Wonder is honored, with a breezy “Superwoman” that finds Wonder’s original harmonica passages replicated by Toots Thielemans. It is all exceptionally beautiful, and executed with the utmost intelligence and grace. But there is one track that rises, rather like Rio’s august Corcovado, above the rest. Coming aptly at the album’s center, it is a hushed, dusky rendering of “Estate” (again featuring Thielemans) that shimmers with a warm mysteriousness that suggests the majestic Cristo bathed in purple twilight.