Skip to content
Become a member and get exclusive access to articles, live sessions and more!
Start Your Free Trial
Home > JT Archives > Eddie Palmieri: Life on the Bandstand 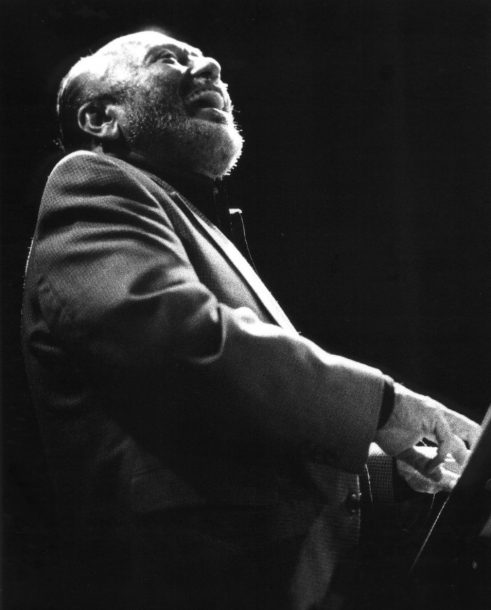 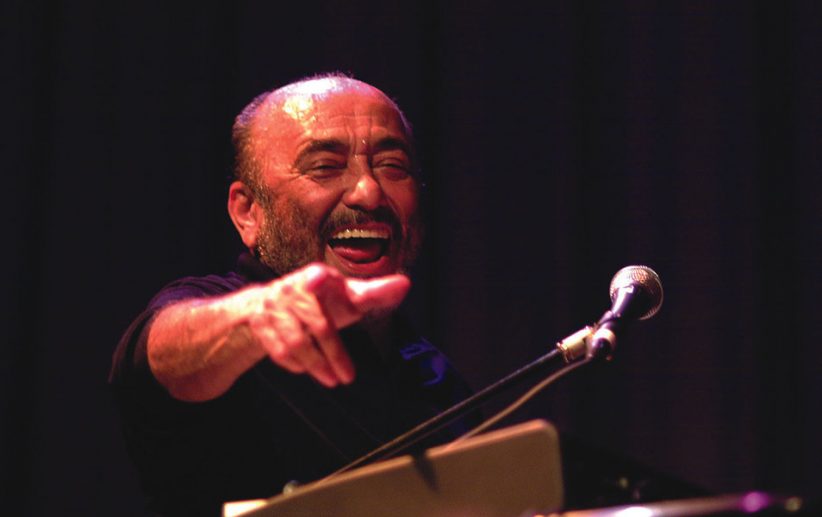 A roar of applause fills the legendary Fillmore Auditorium in San Francisco, Calif., as Eddie Palmieri sits at the piano. With a smile and a grunting four count he brings to life “El Molestoso,” an early pachanga hit from his New York City dancehall heyday in the 1960s. As the trombones vamp behind Eddy Zervigon’s flute, lead singer Herman Olivera taunts the crowd to scream and clap in clave, the 2/4, two-bar pattern that anchors Afro-Cuban rhythm. The en clave chants and claps ring through the sold-out crowd as the trombones roar like elephants. Palmieri cues the trombones with a hand wave and Conrad Herwig and Doug Beavers hook into a riff with Zervigon, the three locked in an intense interplay, until a contrasting counter melody known as moña (which means bow) kicks in from the ‘bones and refuels the flute solo, blasting it to another stratosphere. Eddie Palmieri’s La Perfecta is alive again for the first time since 1968.

With La Perfecta, cofounders Palmieri and trombonist Barry Rogers, who died in 1991, created a sound in 1961 that Eddie’s big brother, Charlie, the distinguished New York City pianist and bandleader, called “trombanga.” The band is a fiery fusion of Cuban charanga, à la Orquesta Aragon with flute as its principal melodic voice, and the trombone-blasting Puerto Rican conjuntos (groups) of Mon Rivera.