Skip to content
Become a member and get exclusive access to articles, live sessions and more!
Start Your Free Trial
Home > JT Archives > Ed Taylor: Songs From a Taylor 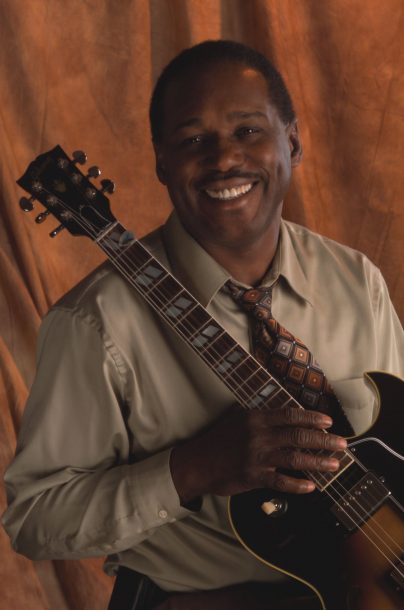 After more than 40 years of coaxing jams from his electric ax, former Motown session guitarist Ed Taylor says he wanted to try a smooth-jazz CD. The bad news is that Taylor failed miserably. The good news is that Taylor failed miserably. Songs From a Taylor, which follows Taylor’s excellent Taylor Made (OK, we get the wordplay already), is a funk and blues-drenched effort that cements the guitarist’s indie cred honed over decades in small Pacific Northwest clubs. The sound is raw and organic, which no doubt would have been glossed over with the hire of a busy smooth jazz producer. Taylor possesses a sweet, Wes Montgomery-style ax (one tune here is titled “Thank You Wes”), but can lay down some fairly raunchy licks as well-he does both in the span of 2:47 on “Hustlin’ On a Bicycle.” Perhaps a smidgen of smooth jazz wafts in during covers of “Rock Your Baby,” “Let’s Groove” and “I’ll Never Fall in Love Again,” but I guarantee you’ve never heard those classics like this. The latter, especially, its slowed-down vibe making it more blues tune than bubbly pop anthem. And perhaps smooth jazz is represented on two songs with nylon-stringed smooth jazz icon Peter White, whose buoyant picking provides a perfect contrast to Taylor’s deft electric soloing. There are enough slick guitar CDs on the shelves. Let’s thank Ed Taylor and his band-Dennis Blackmon on keys, Jim Cochran on piano, Kevin England on trumpet and flugelhorn, Derek Nelson on sax, John Standley on drums, John Roberts on bass-for doing what they do in their own incorrigible way.