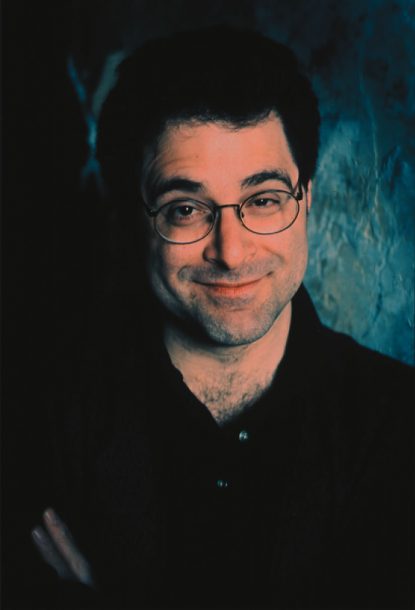 “I, for many years, wanted to hear Frank Zappa’s music, especially his obscure music, on a grander scale. Not that I wanted to make it better; I just wanted to hear those melodies and harmonies with more instruments.” That’s alto saxophonist and arranger Ed Palermo’s excuse for his latest CD, Big Band Zappa (Astor Place), in which he shamelessly interprets the music of a deviant rock-n-roller, albeit one who had a lot of chops.

Of course, as anyone familiar with Zappa’s vast oeuvre [pronounced “OOoo-vurrrah”] will tell you, the maestro was no garden-variety weirdo. “The way I classify him is as a freak,” says Palermo, flat-out. “He’s just a freak composer. A lot of the greatest composers, whether it’s Duke Ellington or Herbie Hancock, even though they may have had classical influences, these guys were jazz guys. Their main influences were jazz, and that’s that. There’s nothing wrong with that. Zappa was a freak, because he just took from everything. In most of the music that I’ve transcribed from him, it’s really hard to tell where the influences are. It’s just so eclectic. He had a very natural way of combining different idioms.”

The piece of music that permanently damaged Palermo’s mind, making him a Zappa-head for life, was the seminal “Uncle Meat,” which he heard performed live for the first time in 1972, at the age of 16. The Zappa Big Band, which has a semi-regular gig at the Bottom Line in the Village, is in fact an updated version of the band Palermo has led under his own name since 1982. Originally a tenor player, mostly self-taught, he was influenced to take up the alto after hearing Cannonball Adderley and moved to try his hand at composing after hearing Woody Shaw.