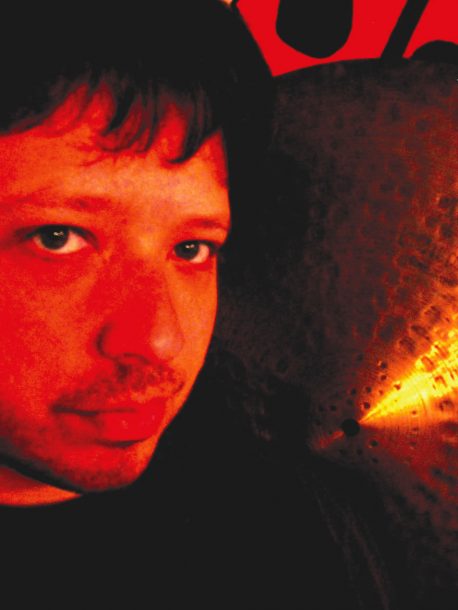 Like any great drummer, Dylan van der Schyff never rushes the music. A creative force on Canada’s West Coast improvised music scene for the past decade, he recently released the first album organized under his own name. Featuring reed master Michael Moore, pianist Achim Kaufmann, bassist Mark Helias and trumpeter Brad Turner, The Definition of a Toy (Songlines) perfectly reflects the drummer’s collaborative sensibility, with each musician contributing pieces to the project.

Assembling a cast of players equally versed in jazz and improvised music, van der Schyff used the session less as an opportunity to assert his vision from the trap set than to forge ties between amenable artists. As Vancouver residents, van der Schyff and Turner have played together in a variety of settings since the early ’90s, including the trumpeter’s quartet and in the celebrated band of cellist Peggy Lee, van der Schyff’s wife. The drummer joined Moore and Kaufmann on several recent tours and has played with Helias occasionally at festivals.

“It seemed like the right idea at the right time,” says van der Schyff, 34. “I’ve never been one to force things. I’d been thinking about playing with Michael and Achim quite a bit, and introducing Brad to those two guys seemed like a good idea. At this point in my career, I’m bringing together these jazz and improvised-music elements, and all these guys can do that.”

“Living out here on the West Coast, we took influences from anywhere we could,” van der Schyff says. “The New York Downtown scene, folk, classical, European improv and anything else that sounded right.” His resume reflects his wide-open stance, as the drummer has collaborated with many leading artists over the years, such as George Lewis, Vinny Golia, Louis Sclavis, Eyvind Kang, Myra Melford, John Butcher, Evan Parker and Andy Laster. It’s difficult to overstate the importance of the Vancouver Jazz Festival and its year-round presenting organization, the Coastal Jazz and Blues Society, in nurturing the ties between Canada’s relatively secluded West Coast and the scenes in New York City, London, Berlin, Amsterdam and beyond. By regularly presenting out-of-town players, the festival has provided invaluable opportunities to work out enduring alliances. Van der Schyff notes that it was through the festival that he established strong bonds with Dave Douglas, Moore and Sclavis.

“But it’s through my own volition that I’ve nurtured these relationships,” Van der Schyff notes. “Even if something doesn’t develop, it’s crucial for the local scene to have that influx of information, a different spirit coming in. I can’t think of any other local organization around the world that supports its own artists as much. They’ve developed the whole audience base, which supports the local artists. You feel appreciated in your own town. Vancouver is pretty isolated. If it weren’t for the Jazz and Blues Society, I wouldn’t be able to live here.