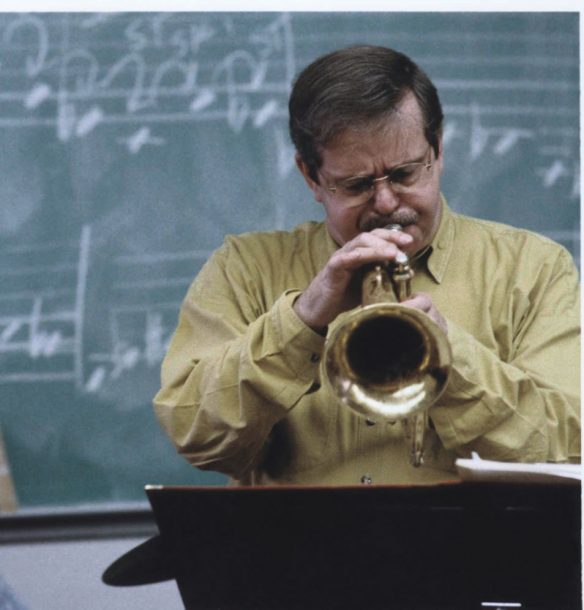 Canadian trumpeter Kenny Wheeler, still a technical marvel on his instrument at age 72, came into Birdland for a three-night engagement with his new Large Ensemble, a 19-piece band that was light on its feet while providing plenty of backbone for Wheeler’s uncommonly melodic compositions. Premiering an extended new work, “Sweet Ruby Suite,” while also trotting out older compositions like the lyrical, meditative “Gentle Piece” and the vibrantly swinging “Kayak” (both from the 1992 Ah Um recording Kayak), Wheeler delivered with awesome command. Whether blowing over the whole ensemble playing at a dynamic peak or whispering through his horn in a more intimate duet encounter with pianist Frank Carlberg, his astounding range, trademark high-note squeals and full, lovely tones cut through the air like a clarion call.

And through it all, Wheeler demonstrated with equal parts fire and finesse why he is one of the great improvisers in jazz today.