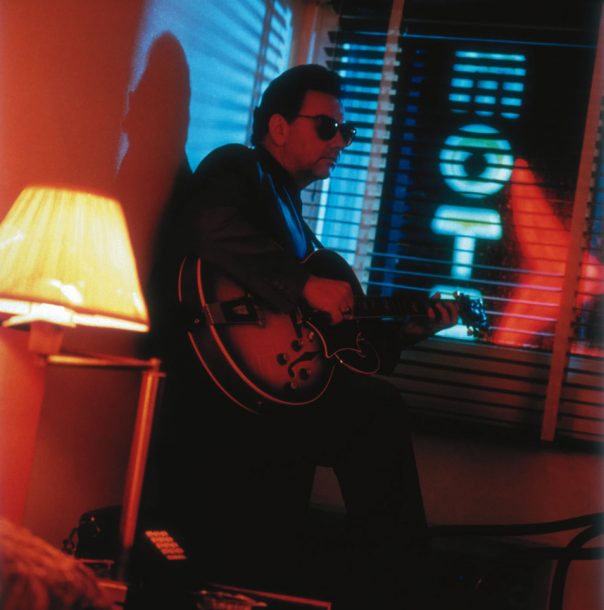 Guitarist Duke Robillard has had the blues, of varying shades, since before he was legal. In 1967, fresh out of high school, Robillard formed Roomful of Blues, a unique blues and swing band which he led for a dozen years before handing the gig to Ronnie Earl. Robillard has gone on to a multi-hatted life as solo artist and producer-for the likes of John Hammond, Jimmy Witherspoon and Jay McShann and others-always with a mean ‘n’ tasty guitar style in hand.

Now comes Robillard’s new solo album, Dangerous Place, his third for the PointBlank label. As he describes it, the new album continues the trend of his previous one, Duke’s Blues, “in the sense that the musical inspiration of all my old heroes was there, but it would be with my own songs this time.”

The album closes with a swing instrumental, “Black Negligee,” in a genre he has a soft spot for. He says, “if there was a big need for those kinds of songs, you could put me in an office with a tape recorder and I could write those all day. I just love little swing melodies that are good to play on.”

A man with a curious ear, Robillard’s own musical evolution took him from roots rock and roll to blues, via the Rolling Stones, and then on to R&B and swing era jazz. “It became apparent to me that you could play jazz and blues at the same time. In fact, it could even be better. You could play a great bluesy jazz solo, and it would be sophisticated, but still have all the gut-wrenching feeling of a down and out blues.”

Does he consider himself a crusader for the blues these days? “I guess you could say, if anything, I’m a crusader for music that really makes sense, that is heartfelt. I’m into music that stands on its own. It doesn’t need dynamic exaggeration to prove a point. I’m not sure I’m winning the battle, but I’m trying.”