Skip to content
Become a member and get exclusive access to articles, live sessions and more!
Start Your Free Trial
Home > JT Archives > Duke It Out: The Woman Behind the Doris Duke Charitable Foundation 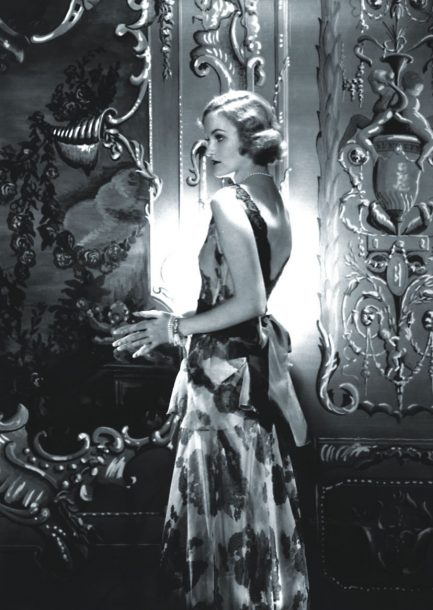 Every artist needs an audience in order to survive. Some get by with the help of well-to-do patrons. Fewer still are bestowed with gifts from angels. Doris Duke was one such angel. The billionaire heiress and lifelong philanthropist used her immense wealth to aid in the preservation of some of her favorite things: endangered wildlife, Islamic and Southeast Asian art, modern dance and jazz.

Now, how is it that the daughter of privilege (her father was billionaire tobacco baron James “Buck” Duke, who started the American Tobacco Company and built Duke University) would include in her last will and testament a major chunk of money set aside for the preservation of jazz? (In her will, Ms. Duke expressed her interest in supporting “actors, dancers, singers, musicians and other artists of the entertainment world in fulfilling their ambitions and providing opportunities for the public presentation of their arts and talents.” The full will can be read online at www.courttv.com/legaldocs/ newsmakers/wills/

Turns out she was a classically trained pianist with an avid interest in jazz. “She studied piano since she was a little girl,” says Olga Garay, director of arts programming for the Doris Duke Charitable Foundation. “Our understanding is that she wrote some pieces and was an avid fan of several jazz musicians. We have photographs of her frequenting jazz clubs in the 1940s. So she played the music and followed the artists that were making it.”

Digging jazz was Duke’s form of rebelling against her socialite mother. “I think jazz offered a different, very exciting alternative to the classical music scene, which is probably what most young women of that kind of background would’ve been instructed in,” says Garay.

Doris Duke, a.k.a. “the Richest Girl in the World,” led a reclusive but turbulent life. Married twice, she had calamitous affairs with the likes of Errol Flynn, General George Patton, jazz pianist Joey Castro and a 35-year-old Hare Krishna named Chandi Hefner, whom she adopted in order to make their relationship appear legitimate. All the extravagant details are catalogued in Trust No One: The Glamorous Life and Bizarre Death of Doris Duke by Ted Schwarz and Tom Rybak and were also portrayed in the CBS miniseries Too Rich: The Secret Life of Doris Duke, which starred Lauren Bacall as the troubled heiress.

At the time of her death in 1993, at age 80, Ms. Duke left her fortune, including her properties, to the Doris Duke Charitable Foundation. With $1.6 billion in assets, the Foundation is among the largest philanthropic organizations in the United States. As of December of 1999, the Foundation had awarded nearly $120 million in grants.

Part of that funding went to create JazzNet, a national nonprofit program launched in December 1999 to further jazz creation, presentation and education with more than $3 million in grants to 16 organizations over a two-year period. Eight organizations receiving up to $110,000 every year for two years are the American Jazz Museum in Kansas City, the Artists Collective of Hartford (co-founded by Jackie McLean), Cityfolk of Dayton, Earshot Jazz in Seattle, Outpost Productions of Albuquerque, the San Francisco Jazz Organization, the Thelonious Monk Institute of Jazz and Newark Public Radio/WBGO radio. Four other organizations receiving up to $165,000 per year are the Painted Bride Art Center in Philadelphia, the Contemporary Arts Center in New Orleans, Flynn Theatre in Burlington and Manchester Craftsmen’s Guild of Pittsburgh.

“We’re not going to increase the number of organizations,” says Ms. Garay regarding the Foundation’s plans for the upcoming year, “but we will be asking our board to give additional funding support so that the organizations will have support over a five-year period and they’ll be left with an endowment of anywhere from half a million to a million dollars. And one of the goals is for the participants of JazzNet to really start working together as colleagues, using the money that we’ve supplied to co-commission work, to be more adventurous in terms of tour planning, to hopefully we will encourage them to book some of the artists that were chosen to receive the Doris Duke Jazz Ensembles Project grants, which are to commission new works as well. So it’s really about solidifying or consolidating the work that all these organizations have been doing individually into a much more proactive unit that can really advance the art form and the artists that are doing such great work.”

For more information on the Doris Duke Charitable Foundation, go to their Web site at www.jazznet.org.