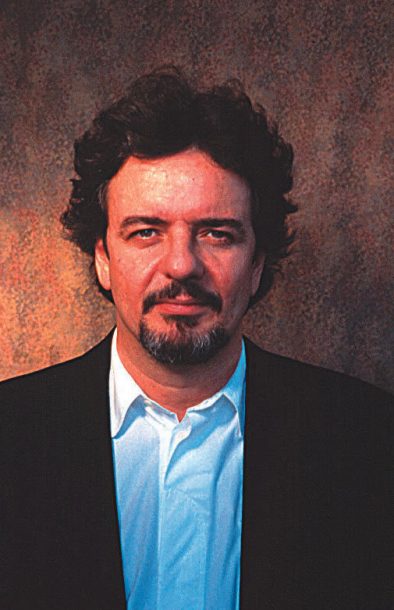 “When I was about five or six, there was a guy in our neighborhood who played brushes along with current samba hits and I loved listening to him,” recalls Rio-born drummer Duduka Da Fonseca. “Then, when I saw a snare drum on the cover of an album by Os Cariocas, a popular vocal group from the bossa nova period, I had to have a drum just like it.”

Thus began the career of one of New York’s most in-demand drummers who, in just over 25 years in the city, has a bio that reads like not just a who’s who of Brazilian music, but of mainstream jazz as well, ranging from Antonio Carlos Jobim and Eliane Elias to Herbie Mann and Slide Hampton. It’s no wonder, then, that for Da Fonseca’s first solo outing, Samba Jazz Fantasia (Malandro), he had no trouble lining up old pals like Eddie Gomez, John Scofield, Claudio Roditi, Joe Lovano and Helio Alves to sit in with his current bandmates from Trio da Paz, guitarist Romero Lubambo and bassist Nilson Matta, for the creation of a contagiously relaxed, but nonetheless high-energy, set of, well, samba jazz.

“The guys I idolized when I was a kid, like Edison Machado, played samba with a kind of Blue Note vibe,” Duduka explains. “His work with the influential Bossa Três back in the ’60s inspired a whole generation of drummers like me, Robertinho Silva [Milton Nascimento, Wayne Shorter] and Tutty Moreno [Gilberto Gil, Joyce]. I used to play along with all Edison’s albums, and also records by Elvin Jones, Paul Motian, Roy Haynes and Jack DeJohnette. But I got to see these Brazilian guys in person and that is how I learned to play.”

Duduka, who, along with fellow Drummers Collective instructor Bob Weiner, has published a noteworthy percussion primer called Brazilian Rhythms for Drumset (Manhattan Music, 1991), strives to translate the sound of Rio’s thunderous 400-piece samba school drum ensembles into jazz terms. “If you analyze my cymbal work, you’ll hear the sound of those instruments such as the little drum called the tamborim that sounds like a syncopated machine gun, like tak-tak-taka-ta-tak-tak-taka,” he demonstrates. “But I try to combine that with the freedom of jazz, to play around with the figures, to improvise on them and not get stuck playing one basic figure.

“I have samba inside me because I am Brazilian, but I have listened to jazz since I was a little kid. My whole thing now is to express both cultures-it’s a different kind of fusion.”