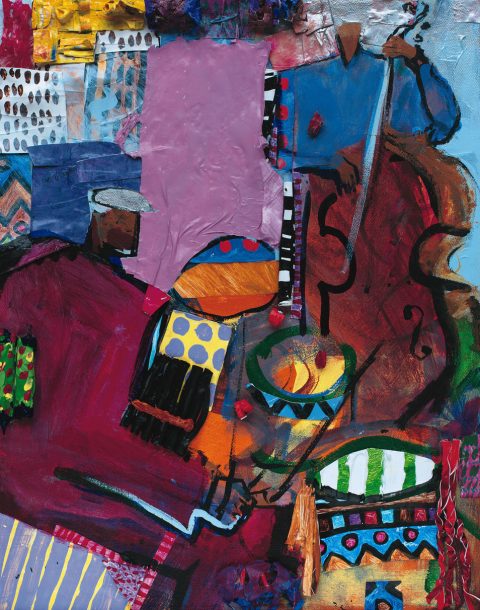 There is a mysterious, indefinable magic that exists on the bandstand between bass player and drummer, a kindred spirit thing that transcends the notes themselves … END_OF_DOCUMENT_TOKEN_TO_BE_REPLACED

There is a mysterious, indefinable magic that exists on the bandstand between bass player and drummer, a kindred spirit thing that transcends the notes themselves and goes a long way to explaining how a particular piece of music ends up “feeling” the way it does. It is difficult to pinpoint, analyze or even put into words but it is palpable just watching it from afar:

Something very visceral happens. Something clicks. Gears shift, things fall into place, and suddenly electrons and protons begin bouncing around in lockstep, altering the vibration of the room itself, profoundly affecting everyone and everything in the joint until suddenly the whole band, the whole audience is rolling along on a copacetic wave of rhythm. Whether you chalk it up to chemistry or physics, serendipity or synchronicity, it is quite a ride.

Here, six bassists give the drummer some.

Omar was on the very first record session I did in New York-Bobby Broom’s Clean Sweep on GRP. That’s where I met him. Just before we joined Weather Report we did two gigs with a singer from South Africa, Miriam Makeba, which is the first time we actually played together on a gig. Then when we really started getting it together in Weather Report, the chemistry was immediate. You have your certain guys that you just hook up with and there’s never any doubt about it. And that’s how it is with Omar. He and I never have to think about where the time is, where the groove is, what the feel is. We never verbalize that stuff because it’s already so deeply understood.

I think our styles fit each other because we’re both funky but we’re not really funk guys. And we’re jazzy but we’re not really jazz guys. We’re grooving but it’s just something else. Sometimes if I play with a real funk guy, I feel like maybe my thing is a little weird next to him. But with Omar there are all these little things that fit in the cracks of what I’m doing, so it keeps the flow going. I always thought of him as the equivalent of me on the bass.

With Omar, it’s automatic. We lock in to the groove. And if it’s four on the floor we’re going to try to make it sound like eight on the floor. We have good chemistry. And our chemistry is a reflection of our chemistry as people. We can go six months without seeing or talking to each other and when we finally do get together it’s like we were together yesterday. He’s really a brother to me more than a friend. So when we’re playing it’s bigger than a musical thing.