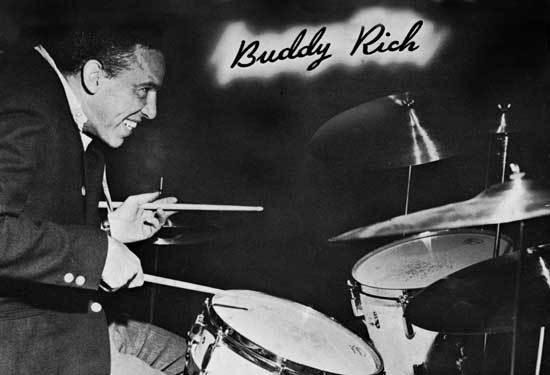 The one and only

Drum virtuoso Buddy Rich’s influence affected players in and outside of jazz. For proof look no further than The Buddy Rich Memorial Concert 2008, a new DVD set from Drum Channel that documents the all-star showcase held to honor the “world’s greatest drummer.”

For those who want to go straight to the source, Drum Channel has also released Buddy Rich Up Close, a collection of six performances originally taped as the pilot for a jazz TV series in 1982. For practicing drummers, the performances have been re-edited to allow for better study of Rich’s technique. The audio has also been reconfigured to better showcase Rich’s chops: In addition to the standard audio, Up Close includes audio tracks for at-home play-along and a drum-heavy mix for close listening. The tunes performed include “Love for Sale,” “Bugle Call Rag,” “West Side Story,” “Birdland,” “Greensleeves” and “Dancing Men.”