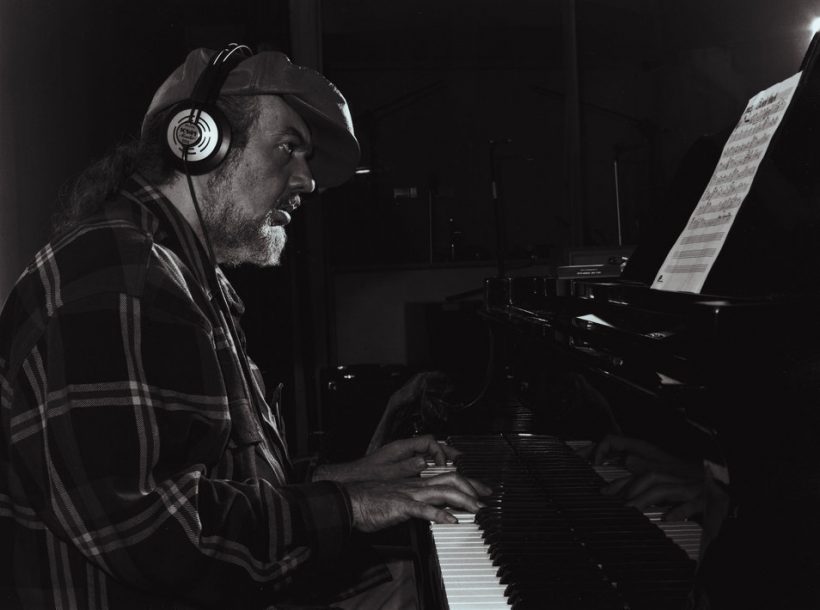 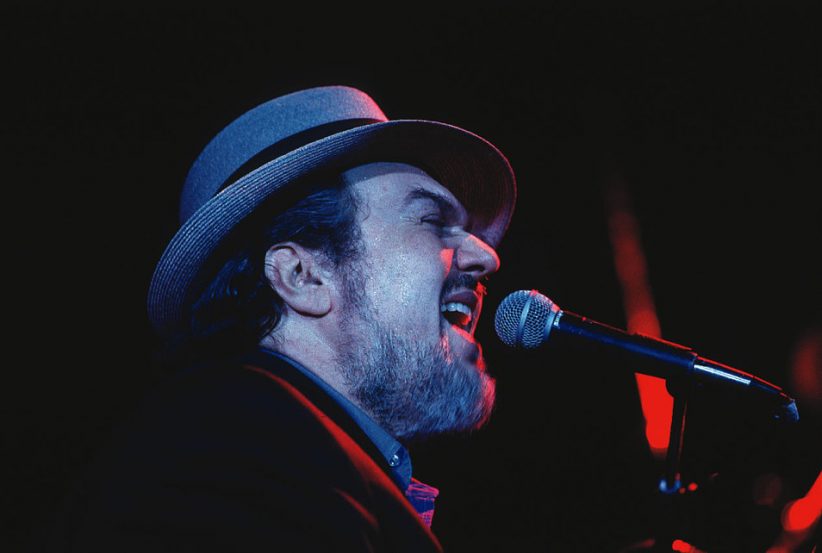 Dr. John hit the stage raring to go, showing off some fancy footwork before he joined the band playing the New Orleans classic “Iko, Iko” and his monster hit “Right Place, Wrong Time.” Before his hometown crowd, Mac Rebennack was in obvious high spirits despite some recent hard traveling with the B.B. King Blues Festival. The tour, which he describes as having been “routed by the Marquis deSade,” is in support of his new album Anutha Zone.

Anutha Zone marks Rebennack’s return to the voodoo swamps from which his Dr. John persona emerged some three decades ago on his album Gris Gris. Voodoo images rise when Dr. John huskily chants “Sign of the dragon, son of the snake” on “Ki Ya Gris,” a song reminiscent of his now-classic “Gilded Splinters.” And the Nighttripper makes a point to reintroduce himself on the disc, singing, “They call me John Gris, Gris John…” over a jungle of percussion and moaning horns.

The pianist and vocalist has left the more sedate demeanor of his jazz and pop era and produced albums like Sentimental Mood which included his Grammy-winning hit (with Rickie Lee Jones) “Making Whoopee.” And while he hasn’t fully embraced all of the accessories-costumes, dancing girls, smoke machines, candles-that were once a part of a Dr. John show, more theatrical traces are seen on stage as well as on the album cover, on which he is pictured feathered up and surrounded by gris-gris paraphernalia.

Rebennack’s return as the Nighttripper was not a calculated move on his part. or that of the label, Virgin Records. A prolific composer, Dr. John brought a sack full of songs to Virgin’s Tony Wadsworth and producer John Leckie.

“I believe overkill avoids road kill,” says Dr. John in his uniquely cryptic poetic lingo. “I wanna have my maneuvers prepared in advance.” Out of the some 100 tunes he brought to the table, he was surprised that the ones which drew interest were the gris-gris infested numbers “Ki Ya Gris,” the prayful “Hello God,” and the sultry “I Like Ki Yoka.”

“I was totally in shock,” Dr. John declares. “I probably showed those songs to the last 10 record companies I was with, and nobody ever wanted to cut any of that stuff. But I still liked them, so I would show ’em. That made me write a few new ones that I thought would fit with the record.”

While Rebennack was recording his wonderful tributes to the Big Easy, Goin’ Back to New Orleans, Television, and Trippin’ Live albums, as a composer Dr. John never really left the swamps or his voodoo explorations. In his excellent biography, Under a Hoodoo Moon, Rebennack writes about becoming acquainted to gris-gris through his sister. His education in the spirit world was expanded by saxophonist David Lastie, who introduced him to many voodoo practices and practitioners.

“I’ll start reminiscing about somebody maybe like Jessie (“Ooh Poo Pah Doo”) Hill’s brother, Reverend Hill, and I’ll start remembering some music,” he explains. “I always think of some song Reverend Mother Cansanero used to walk around singing. I plagiarize a lot of stuff. I’m readily coping to the fact that those are not original thoughts. My grandfather used to sing me stuff as a little kid, and it still sticks with me. Before I plagiarized my grandfather singing that old minstrel song on ‘I’ve Been Hoodooed.’ He used to sing a song about, like I think it was ‘The Furniture Man”-If there ever was a devil without any horns it must have been the furniture man.’ I’ve been trying to plagiarize something to fit with that melody for a long time.”

Dr. John wrote several of the new tunes on the disc with his wife (credited as Cat Yellen). They include the rhythmically and lyrically optimistic title cut “Anutha Zone” and the hysterically descriptive “Party Hellfire”-“where the hostess had no face, the music was tragic, nobody danced and the food was a disgrace…”

Speaking of his wife, Dr. John says, “She caps things that I say and puts them into words that I’d of never thought to say and it’s better lyrics than I come up with… well, not better but different. I like writing with women, cause y’all got a different maneuver with words. I always knew this from way back in the game. I used to plagiarize girls love letters all the time. ‘Gimme them old love letters!’ They were one of my best sources of material back in the late ’50s and the early ’60s.

Anutha Zone is a big production disc, recorded both in New York and London. Dr. John is backed by his longtime band, the Lower 911-the funk-filled Herman Ernest on drums, bassist David Barard, and guitarist Bobby Broom-augmented by back-up vocalists, horns, percussionists, the London Community Gospel Choir and a wide array of musicians including many contemporary British artists. To mix rockers from groups such as Portishead and Primal Scream into Dr. John’s New Orleans brew seems unlikely, yet the resulting sound is remarkably cohesive, especially considering that some of the participants never even met. Rather than spotlight these guests artists, their contribution is in creating the album’s swampy aura.

“Leckie did a lot of studio trickology,” agrees Dr. John, who is heard on both acoustic piano and electric keyboards. Even Dr. John’s piano often takes a back seat to the atmospheric elements. A short solo interlude called “Zonata,” which elegantly opens the album, is one of the exceptions. The song sets a quiet stage for the smokiness of “Kiya Gris-Gris” and the murky, perhaps dangerous waters of the voodoo yet to come.

Throughout the album, Dr. John not only digs down into the swamp, but also into his own spirituality. On the provocative “Hello God,” his conversation with the maker, Dr. John asks, “What it is? We got a bad connection or something?” The London Community Gospel Choir offers the powerful response in hallelujah style -“We’ve got to keep on keepin’ on.” Later, on the melodic “I Don’t Wanna Know,” Dr. John proclaims he doesn’t want to hear about evil-“I only want to know about love.”

“I’m getting older and you start thinking more spiritual crap when you get older,” he philosophizes.

Rays of poetic sunshine and lilting rhythm brighten Dr. John’s steamy bayous as heard on “Anutha Zone,” on which he offers up some of that true New Orleans-style, trilled piano. On the the danceable “Why Come It Is?” Dr. John asks “If ignorance is bliss, why aren’t more folks happy?”

The album concludes with “Sweet Home New Orleans, an anthem which begins with a fanfare of horns and then gently sways with a lilting tango beat. As on the song “Litanie des Saints,” which opened Dr. John’s Goin’ Back to New Orleans, the work of composer Louis Moreau Gottschalk was the inspiration for the bamboula rhythms.

“He wrote some tangos in the 1830s in New Orleans as he was watching the slaves do their thing for the slave masters,” explains Dr. John. “It hit a nerve with me. And I always think, like Jelly Roll Morton said, ‘It ain’t New Orleans unless it’s got that little Spanish tinge.’

“Years, I was thinkin’ of that, Dr. John confesses. How could I write a song like that and plagiarize the idea?”

Even at his most sophisticated, Mac Rebennack has remained Dr. John the Nighttripper, his gris-gris persona hovering like a mist over the swamp. On Anutha Zone, the voodooed, hoodooed Dr. John has fully emerged once more from a mystical place which has long lived within his soul. “They call me John Gris, Gris John…”