Skip to content
Become a member and get exclusive access to articles, live sessions and more!
Start Your Free Trial
Home > JT Archives > Down to the Bone 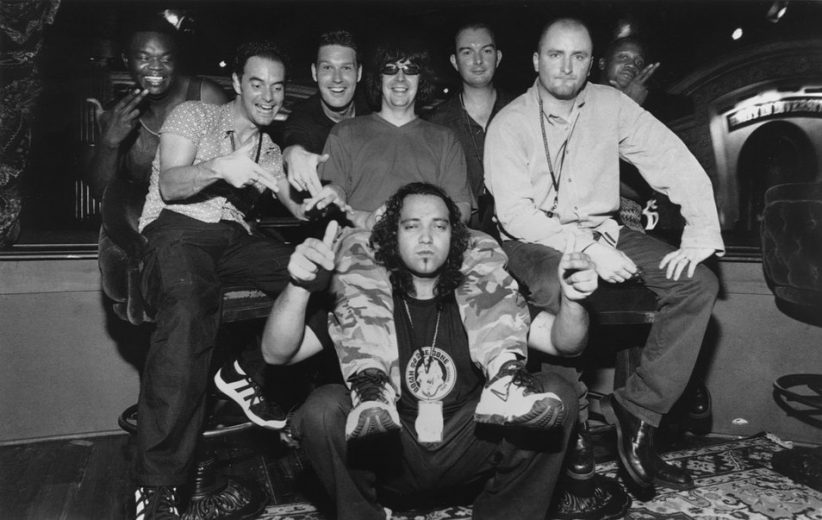 Down to the Bone

Stuart Wade has a confession-and it’s a big one, seeing how he’s the founder and leader of England’s Down to the Bone, a jazz-funk-house amalgamation that remains one of the few of its kind to grab decent sales Stateside: “I’m not actually a musician,” says Wade.

Don’t worry, Bone fans. It’s not a scam. But in much of Britain-as in New York-the DJ and sound mixers have the power to make or break hits, especially when it comes to house (aka dance) music. But Wade doesn’t give himself enough credit. After all, he wrote or cowrote all 10 songs on Down to the Bone’s third CD, Spread the Word: Album III (Internal Bass/Q Records), as he did on two prior CDs, From Manhattan to Staten and The Urban Grooves: Album II.

In the U.K., however, it doesn’t matter to dance fans who the musicians are; they give godlike status to righteous DJs such as Russ Dewbury, who spins tunes at the Jazz Rooms in Brighton. Wade’s other project, New Jazz Hustlers, also makes the playlists of superstar DJs; the band had a hit in England called “Wanna Take You for a Ride,” mixed by DJ Ashley Beedle. “The sound is funkier and harder than Down to the Bone,” Wade says. “The drums are harder and there’s more of a house feel. Club-oriented people who listen to it are not necessarily the ones who listen to smooth jazz.”

Only a couple of years ago Down to the Bone was unknown in the United States. But two smooth-jazz stations-KKSF in San Francisco and WNUA in Chicago-spun the heck out of “Brooklyn Heights” from From Manhattan to Staten, and Down to the Bone’s jazz-funk-club sound, with sax, guitars, Rhodes and plenty of bass thump, took off. Wade is a big fan of American soul music from the ’60s and ’70s. Lonnie Liston Smith, Roy Ayers, Donald Byrd, Leon Spencer, Earth Wind & Fire and Cal Tjader are personal heroes. Additionally, Wade gives shout-outs to Quincy Jones and Maceo Parker in Spread the Word’s liner notes. “If I can get people who maybe haven’t heard of these musicians, if they can see where the sound comes from in my music, maybe I can help them find a new audience as well,” Wade says. “I try to create the excitement that people like Lonnie Liston Smith and Roy Ayers were putting into jazz fusion in their time. I’m just bringing it up to date; the music still has memorable melodies but also has the underlying grooves that younger generations listen to as well.”

He may have succeeded.

“I had a guy ring up who’s about 60 and he was raving about Down to the Bone,” Wade says. “He said he was amazed because his son had bought the same album; it was the first time his son and him had agreed on a musical style.” When Down to the Bone performs live, Wade hovers around the background, fiddling dials and gauging audience reaction. He lets his musicians, who include keyboardist Neil Angilley, guitarist Tony Remy, bassist Paul Turner and saxophonist Paul “Shilts” Weimar, handle the playing.

“My reward is being able to be in the audience, seeing everybody enjoying the music, seeing what works,” Wade says. “That’s the reward I get for putting everything I can into the music in the studio.”

And like a true Brit in touch with the music scene, Wade makes time to shuffle his feet across dance floors. But he grabs a seat when Down to the Bone emerges from the speakers, which it inevitably does. “If the DJ puts on a track I’ve done I can’t dance to it,” Wade says. “Something about listening to it in a club; I’ll just look around and see if anyone’s dancing to it. I can’t relax.”