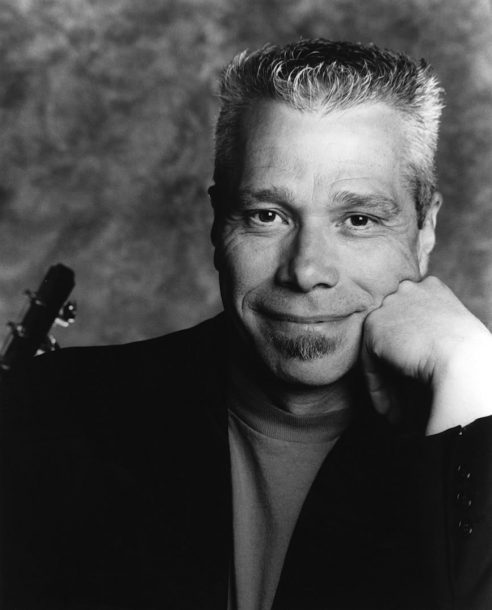 On Up Against It (Chase), the latest from his group II-V-I, guitarist Doug Munro’s approach to the organ trio is a generation removed from your typical grits ‘n’ gravy Blue Note or Prestige B-3 session from the early ’60s. As he says, “Growing up, I heard the organ in different settings than just jazz, from Felix Cavaliere of the Young Rascals to Lee Michaels’ ‘Do You Know What I Mean’ to ‘Hush’ by Deep Purple to tunes by the Allman Brothers Band and Booker T & the MGs. This was all before I had ever heard of Jimmy Smith. So I have just always dug the sound of the B-3 and never really thought to qualify the type of music you can play on it.”

With Jerry Z on the B-3, Jason Anderson on drums and Munro playing his Gibson ES-165 Herb Ellis model guitar (with a Seymour Duncan ’59 PAF pickup), II-V-I puts a unique spin on familiar jazz themes like “Donna Lee,” “Caravan” and “Softly as in a Morning Sunrise,” addressing contemporary grooves and modern reharmonization while also referencing other songs within the context of the pieces themselves (like the slick quote from Wes Montgomery’s “4 on 6” at the intro to “Softly”). “Covering standards and jazz songs is a good way of ‘shaking hands’ with the listener,” says Munro. “Most people already know these songs so it is a way for them to see where you are coming from musically.”

Coming to jazz through rock, R&B and blues while growing up in Yonkers, N.Y., Munro eventually gravitated to guitarists like Wes Montgomery and Pat Martino, with whom he shared an affinity for the blues. That bluesy quality is reflected in his tune “Doggett,” an earthy shuffle tribute on Up Against It to the late, great organist who hit big in 1956 with “Honky Tonk.”

Munro’s other ongoing project is a collaboration with flamenco guitarist Mariano Mangas. “I met him four years ago while teaching and performing jazz in Burgos, Spain,” he says. “We were put together by some people that thought it would be cool to have us perform in a ‘Flamenco Meets Jazz’ concert together. I was a bit apprehensive about the whole thing, and I’m sure Mariano was, too. Luckily, we hit it off great. It turned out we had a lot in common.” Last year they recorded the recently released Jazz Flamenco Guitars (Purchase Records). Expect a follow-up next year.