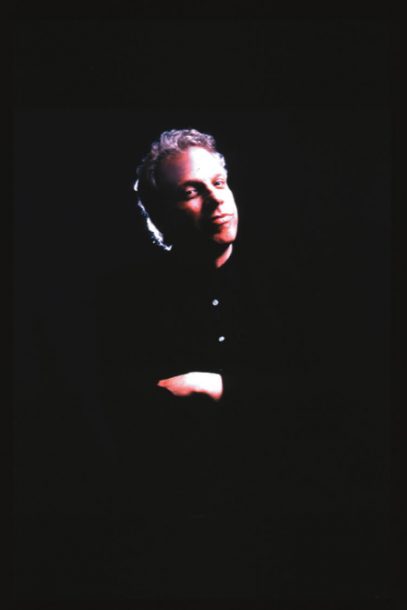 The problem with the whole jazz star-making media/label cabalistic scenario is that a whole lotta equally-gifted-yet-“no story”-ed singers and players toil in undeserved obscurity. It’s a tough security system to defeat, but every now and then a slick cat burglar cracks the code and grabs some loochie for himself. In the 13 months between his solo debut, Soul Carnival (Fable Records), and his new High Heel Sneakers, tenor saxophonist Doug Lawrence has leaped from faceless sideman into solo artist with a bright future.

Raised in Lake Charles, LA, (cajun country, y’all) the tenorist’s music is definitely not the product of his environment. “I was influenced more by the blues from down there and by traditional jazz,” explains Lawrence. “Billie Holiday was a big influence. Dinah Washington, Gene Ammons, Charlie Parker, Dexter Gordon, and of course, Lester Young. The way they phrased, they played every note like they meant it, they were telling a story.”

Mindful that every good griot needs a Greek chorus and a gospel choir who’s got his back, D.L. has recruited a most vibetronic coterie of musicians (Peter Berstein; guitar, Adam Scone; Hammond; B-3; Dennis ,Irwin, John Weber; bass; Willie Jones III, drums, Carlos Potato Valdes, Eddie Bobe, congas) for his sophmore joint . Judging by the fervid fluidity of his solos and the textural nuances of his posse on High Heel Sneakers’ grooving assotment of hard swinging bebop, greasy juke joint funk, and lugubriously soulful ballad tunes (“The Way You Look Tonight,” “Doug’s Dilemna,” “The Lamp Is Low,” respectively), Lawrence’s sound and conception have gained much from the masters.

“I definitely took their spirits – they brought an urgency to the music, y’know?”, he muses. “You just have to get it in your head that it’s [the studio] like a live date. I just ran the set down; very rarely was anything more than one take-no edits, no overdubbing, no nothing.”

Indeed, the unfettered spirit of Lawrence’s playing on High Heel Sneakers belies the constrictions of the studio – he just goes for what he knows with no apology. “When I first came to NYC, I always had this idea that I’d never be able to play with guys like Benny Goodman and Jimmy Cobb; when I played with them my knees would be shakin,’ man.

“Now that I’m getting older, I can honestly say I’m comfortable with it . . . I’m not as intimidated, that’s for sure.”