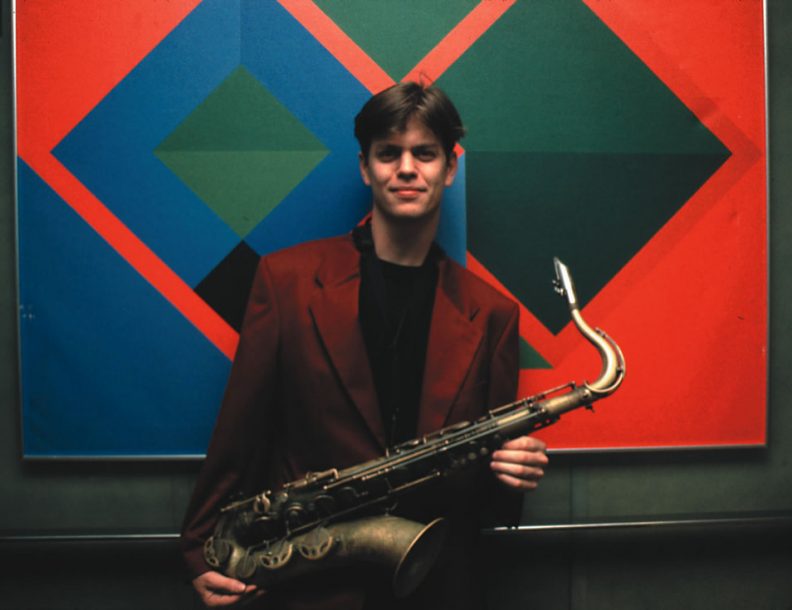 Rather than focus on one genre, tenor saxophonist and composer Donny McCaslin reconciles diverse stylistic idioms like post-bop, fusion, Latin and the avant-garde into a singular aesthetic on Seen From Above (Arabesque), his second album as leader.

After playing in so many different settings, ranging from Danilo Perez’s Latin jazz groups to Steps Ahead’s progressive fusion, McCaslin could have easily patched together a CD with a tune from each genre. “For me, it’s not so much about the particular idiom,” comments the New York City-based McCaslin, but “it’s how to bring all those influences together in a coherent language.”

McCaslin grew up in the vibrant multicultural city of Santa Cruz, Calif., where he not only absorbed all the diverse music lingering in the Pacific air, he often performed with his piano-playing father, who led a straightahead ensemble as well as a Latin-jazz combo. “Santa Cruz maybe reflects the choices that I’ve made musically,” says McCaslin, a graduate of Berklee College of Music.

In some instances, the album could pass as a highly advanced fusion record, especially scorching pieces like “Mick Gee,” “Manresa” and “Frontiers”-all of which feature some heavy pounding from Black. “I love the way Jim plays this stuff,” enthuses McCaslin. “He doesn’t sound like a fusion player. He has a raw, organic, improvisational sound. It’s most exciting for me to be improvising in a raw, organic way, whether that’s over a rock groove or straightahead setting.”