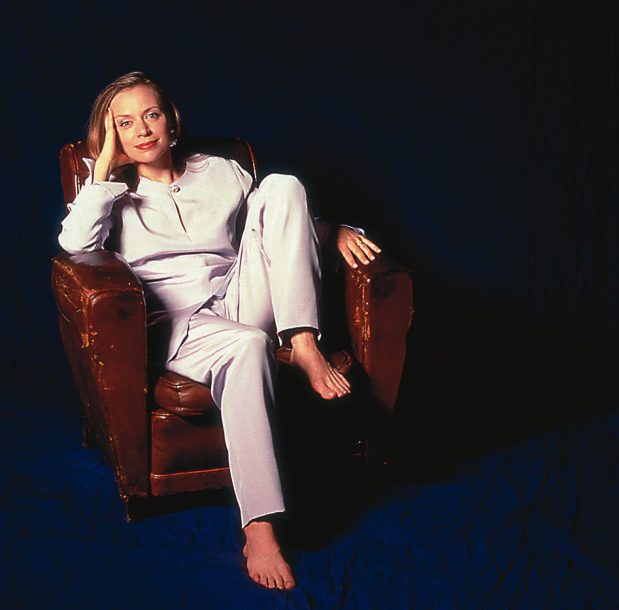 One late summer afternoon just after my landlord installed a satellite dish, I happened upon an episode of Peter Gunn, a ’50s detective show featuring Henry Mancini’s hip scoring. The show captured a delicious moment in time when film noir, jazz and the beat generation converged.

Not surprisingly, Dominque Eade’s When The Wind Was Cool, on RCA Victor, a tribute to June Christy and Chris Connor, sets that same hip mood. Christy and Connor came to prominence with Stan Kenton, their sultry voices a wonderfully refreshing balm for his bombastic big band.

Eade, a vocal virtuoso, is their natural successor. She’s passionate, intelligent and, absolutely essential for a jazz singer, distinctively hip.

What could have easily been another campy nostalgia fest turns out to be an intriguing take on standards associated with Christy and Connor, such as “All About Ronnie,” “Poor Little Rich Girl,” “Lullaby of Birdland” and “The Wind,” with Eade’s collaborators including Benny Golson, Fred Hersch and vibist supreme Steve Nelson. Superhip charts by Eade, Philip Johnson, saxophonist Alan Chase (Eade’s husband) and Hersch elevate the proceedings as well.

“These are wonderful and flexible songs,” Eade reports “and they really lent themselves to using different instrumentation as part of the sound.”

Eade discovered the repertoire while a student of the remarkably gifted Ran Blake at the New England Conservatory where she did undergraduate, then graduate work. For the past 14 years, she has been teaching there as well. “The great thing about teaching is encouraging people to become involved in something you think is really great and show them how they can become part of it,” she explains.

In addition to her pristine alto and exceptional harmonic sense, Eade has a way of cutting right to the essence of song. “You have to go deep inside yourself to let go of the stuff that gets in the way of creating something beautiful.”