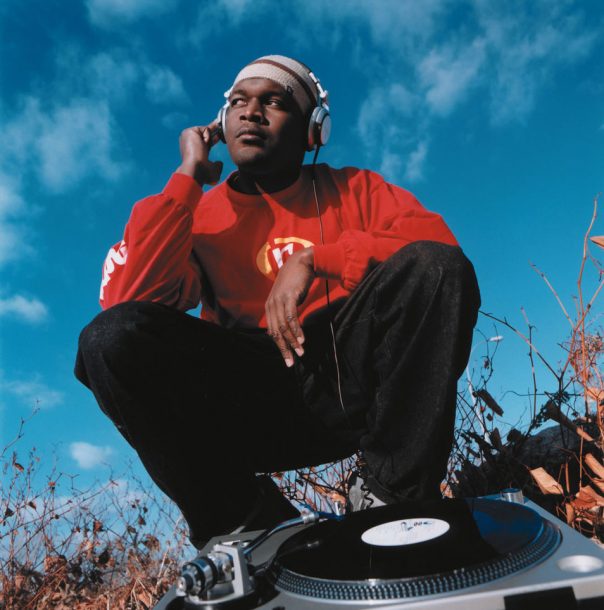 DJ Logic has a simple ethos for collaboration: “Communication and working together-that’s how you build things.” He’s not talking about his music, however, but rather why the New York Knicks or Portland Trailblazers can’t seem to win the NBA championship despite having superstar teams. The Bronx-born DJ might as well be talking about his approach to musical collaboration, though. As something of a peculiarity in jazz, Logic knows that he is defining and redefining the role of turntables in the music. “My turntables are instruments just like all the others.”

Starting out as a DJ in New York City in the early ’90s, Logic says he was just “trying to blend in, not take over,” when he was on stage. After Eye and I-the rock band he formed in high school-disbanded in 1992, Logic began working with jazz experimenters Don Byron, Graham Haynes, Vernon Reid and Melvin Gibbs before Medeski, Martin and Wood asked him to sit in with the trio-before Logic had even heard the group.

Now best known as the unofficial fourth member of MMW, DJ Logic’s career has exploded since he linked up with MMW in 1996. After recording and touring extensively with MMW, the 29-year-old DJ Logic (born Jason Kibler) has set out on a solo career fronting Project Logic, where he constructs and manipulates beats and writes the music for a four-piece backing band.

On his second record, The Anomaly (Ropeadope), DJ Logic furthers his innovative jazz and hip-hop fusion. Haynes, Reid, and Gibbs all appeared on Logic’s debut, Project Logic (Which), and have returned for The Anomaly, which also features guest spots by John Medeski, Billy Martin, percussionist Mino Cinelu, rapper Avenda (the only rapper to ever record with Ornette Coleman) and wordsmith Steve Cannon. Logic also recruited Wu-Tang Clan and MMW producer Scotty Hard for The Anomaly to help solidify the union of hip-hop and jazz.

“Being young and doing something different,” says Logic, “is what it’s all about.” It’s a good thing Logic is so young, because he’ll need the stamina: He plans to take Project Logic on the road for over 300 shows this year, in addition to planned collaborations with rock singer Chris Whitley, Reid, jazz trio Soulive, guitarist Charlie Hunter, a reunited version of the Headhunters and some dates with MMW.