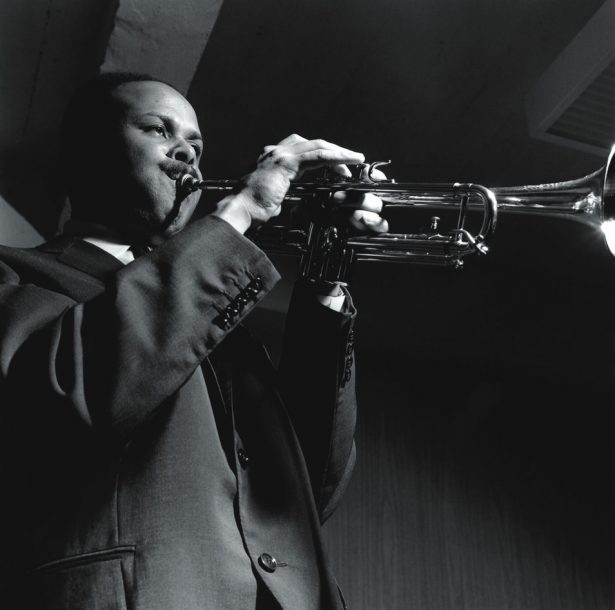 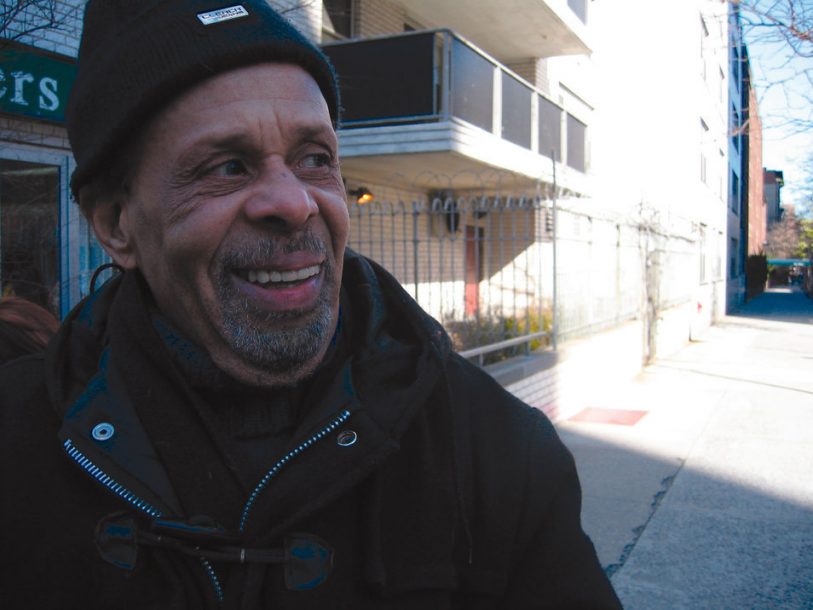 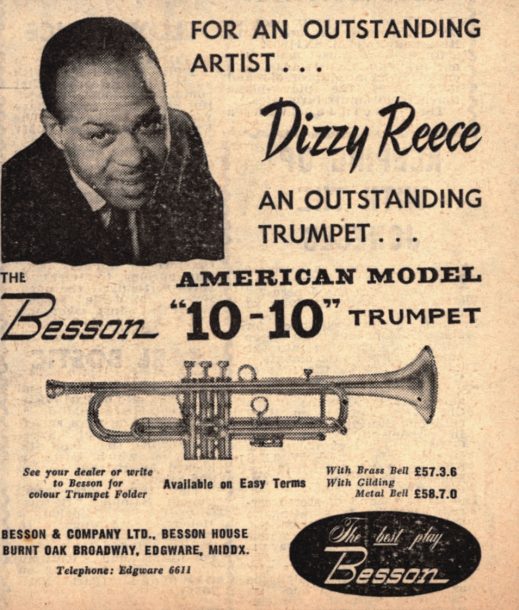 Jamaica was roiling in 1938. The economy was hurting, and workers were fighting against low wages and colonial rule. Violent strikes and bloody riots were common in the capital city of Kingston.

Led by a loud, charismatic speaker named Alexander Bustamante-who would later become the country’s first prime minister-the call for labor rights hit its crescendo on May 23 in downtown Kingston, when a couple thousand Jamaicans, mostly dock workers or unemployed, crowded Victoria Park to protest economic conditions. Bustamante climbed on the giant statue of Queen Victoria and told the crowd in no uncertain terms that he would negotiate on their behalf and never back down.

When he finished his fiery speech, Bustamante urged the workers to disperse peacefully. As he climbed off the Queen, Bustamante was confronted by a group of policemen who aimed their guns at him and the crowd. The defiant 54-year-old aristocrat-turned-politician tore open his shirt, bared his chest and shouted, “Shoot me, but leave these defenseless, hungry people alone!”

Standing near Bustamante during much of this chaotic, nation-defining day was a seven-year-old future trumpeter named Dizzy Reece.

His real name, Alphonso, is after Alfonso X, the 13th century king of Spain. “He was a well-dressed character, wrote poetry,” says Reece, now 73. “He was also a fraud.”

Knowledge and blunt honesty are what make Reece such a compelling personality and musician. Like Bustamante, or Marcus Garvey before him, Reece has a fighting spirit that seems to be an intrinsic part of the Jamaican character.

But Reece’s uncompromising attitude-be it in music or in life-is perhaps the reason why someone so talented has made relatively few recordings over the course of a nearly 60-year career, and why he hasn’t performed in his adopted home of New York City in more than a decade.

Tony Hall, who ran the Tempo label in England, recorded Reece in the 1950s as often as he could during the trumpeter’s time in Europe. “Dizzy was never easy to deal with, but over the period, we built up a pretty good personal and working relationship,” Hall says. “His whole approach to music was so different that a lot of the British musicians didn’t understand-or make the effort to understand. He knew that I really respected him because he was so different, a real original, that my heart was in the right place and that I was genuinely trying to help him. I was co-booker for the Jazz at the Flamingo Club-London’s most important at the time-and would give him gigs whenever I could. [At Tempo] we made as many recordings as I could get my Decca bosses to underwrite. It’s a crime that he hasn’t been recorded for so many years.”

Asked why he didn’t record more, Reece answers, “I wasn’t particularly interested in the prostitution.”

Dizzy Reece’s father was a pianist, mostly for silent movies, but his son didn’t get his nickname because of a familial love for Gillespie. The sobriquet came about because Little Alphonso did things like wander the Kingston streets at night and hang out in the middle of potentially violent labor strikes.

The peripatetic Reece was eventually placed in Alpha Boys School “because I was bad. I used to run the streets during the revolution and such, so I was wayward in that sense.”

But being a smart kid, Reece also had an ulterior motive for going to Alpha: “My thing was to get a trumpet.” Alpha was a musical hothouse that produced some of Jamaica’s greatest musicians, including

Reece’s classmates Wilton “Bogey” Gaynair and Joe Harriott as well as several members of the legendary Skatalites. Reece went to Alpha for two and a half years, leaving in 1945. In 1947, at age 16, he became a full-time musician with Jack Brown’s Swing Stars in Kingston.

Reece’s mother quickly recognized her child’s prodigal musical talent. Wanting better opportunities for her son, she put him on a ship to England in 1948. He was alone.

In the late 1940s and throughout the ’50s, Reece worked in Europe, spending a lot of time in Paris. Over time he seemed to receive as many notices in the press for his blistering playing as for his unique personality. A 1957 Melody Maker review for the trumpeter’s A Variation on Monk EP begins: “Dizzy Reece is the enfant terrible of British jazz….”

Even his friend and producer Hall says of Reece in the liner notes to a 1955 10-inch LP (now a part of the CD A New Star): “His personality is very similar to his playing. He’s a warm, generous, emotional person. Temperamental, too. At times to the point of cussedness. But, like his playing, he’s one of the most sincere jazzmen you could wish to meet.”

Reece played progressive hard bop, routinely toying with forms and scales. One of his most distinctive features, Hall says, is Reece’s “totally unexpected intervals.” The trumpeter’s intervallic choices were partially based on his personal studies of Indian and Arabic music: “I’m working on quarter tones and eighth tones between the notes,” Reece told Ira Gitler for the liner notes to his 1960 album Soundin’ Off (Blue Note). “I can see the relativity between Eastern music and jazz.”

The trumpeter has a tone that’s fatter than a tub of butter, and he employs incredible dynamics. “Developing a tone is like developing your life. It goes step by step,” Reece says. “But everybody is born with their own voice. You listen to Charlie Parker-it’s the same sound he had as a kid, just more mature.”

Reece’s style was so striking that it even impressed Miles Davis, who started to recommend him to anyone who would listen. Sonny Rollins was also a fan, and with these two titans propping Reece it was only a matter of time before Blue Note came calling. A month after his label debut, Blues in Trinity, came out in 1959 (it was recorded the previous year), Melody Maker announced triumphantly, “Trumpeter Dizzy Reece is the first British jazz star to be signed exclusively by an American record company.”

Reece soon moved to New York City with his English wife and infant daughter. As when he departed Kingston, Reece left Europe for better opportunities and more challenges. New York certainly gave him the latter.

Gitler remembers there being quite a buzz about Reece in the jazz scene then-so much so that Blue Note, a tiny independent label, decided to splurge and have a big listening party in Harlem upon the trumpeter’s arrival in New York City.

“He had a good grasp of the scene and the players, and could talk intelligently about them,” Gitler says. “When I first met him he had a sweetness and was philosophical.” That’s still true of Reece today.

While he still loves the artistry and energy of New York City, Reece admits his first few years there took an emotional toll. “That was another adventure coming from London to here,” he says, sitting back and shaking his head, the pain still evident in his voice. “When I came here with my wife, I got negative feedback. A lot of people took umbrage at an integrated marriage.”

The couple had another daughter, but soon split up due to the intense pressure. Reece’s wife moved back to England and she took the kids with her.

“I came into a dark scene,” Reece says of 1960s New York and the social upheavals of America in general. “I didn’t think about what was going on with the world, because that’s the only way I could get through things-if you stop to think….”

Reece also says he faced discrimination from some American black musicians because of his West Indian heritage-which may seem odd since such a large number of jazzers, from Randy Weston and Sonny Rollins to Wynton Kelly and Henry Minton (Minton’s Playhouse founder), have family lines that can be traced to the Caribbean. While Reece wouldn’t talk in depth about the prejudice, it’s something he readily acknowledges.

“Struggle,” Reece says of his career, his Jamaican accent still in evidence. “That seems to be the theme of it.”

Reece is eating silver-dollar pancakes at a favorite restaurant a few blocks from Union Square, near the apartment of his common-law wife, Rica. He’s also showing me one of his several ready-to-publish books. It’s a thick biographical history of jazz saxophonists that, on the surface, resembles Leonard Feather and Ira Gitler’s The Biographical Encyclopedia of Jazz. But rather than arranged alphabetically, Reece’s book is organized astrologically.

A deeply thoughtful man, Reece patiently explains to me why he chose to organize the book this way. I half listen as I thumb through the well-written, meticulously formatted text. I’m part fascinated, part baffled, all admiring. He also has penned a similar book on trumpeters.

It must have taken Reece years to research and write these tomes, and like so much of his music, these works were created out of the spotlight, with no real potential for financial reward or public acclaim. But true artists create, audience or not, be it paintings (which Reece also produces), books or music. “I play for me, not the people,” Reece says matter of factly. “People are incidental.”

That may have been the attitude throughout his career, but today Reece would like to reconnect with an audience. One thing that should help is that all his Blue Note recordings, including Star Bright and Comin’ On, have been compiled in a Mosaic Select box set (mosaicrecords.com). His lone album for Prestige, 1962’s Asia Minor, is still in print, as are the recordings he made for Tempo, which have been compiled on CD by Jasmine as A New Star, Progress Report and British Modern Jazz Scene 1956. You can also hear Reece blow on Andrew Hill’s unearthed Blue Note masterpiece Passing Ships and Hank Mobley’s final recording, 1969’s The Flip. If you search around hard enough you can also find Reece’s recorded work with Dexter Gordon, Victor Feldman, Tubby Hayes, Paris Reunion Band, Clifford Jordan’s Big Band, Ted Curson, Duke Jordan, John Gilmore and Philly Joe Jones.

But for the most part, Reece’s career has been so far under the radar that many people, tuned-in critics and musicians alike, think he has died. Ironically, Reece looks extremely healthy and vital-and he’s ready to be heard again.

“A lot of people say, ‘Reece, if I were you I would have killed a lot of people already!'” he laughs. “But that’s fate, and I don’t blame anybody. I’ve put in a lot of years and thousands of hours playing, but things come in their own time. My stuff is at another level now; maybe I’ll get the chance to prove it. I just need an audience.”